Cheryl Cole's boyfriend Tre Holloway has booked a ticket for his mother to visit the UK so she can meet the Girls Aloud star. 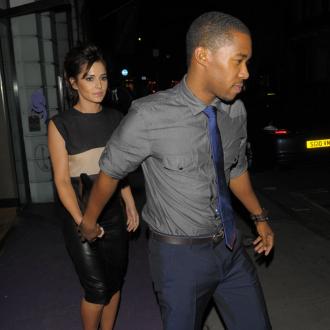 Cheryl Cole is set to meet her boyfriend's mother.

The Girls Aloud star's lover, American dancer Tre Holloway, has booked a ticket for his mum Shirley to fly from Burlington, New Jersey, to London and the couple are looking forward to showing her some popular tourist spots - including famous waxwork museum Madame Tussauds, which houses a Cheryl replica.

A source told The Sun newspaper: ''Tre has already been to Newcastle to meet Cheryl's mum and wanted to reciprocate. He can't wait for the three of them to take in the tourist sites.

''There have been jokes about closing off Madame Tussauds for a visit to Cheryl's waxwork.''

While Tre has met Cheryl's mother Joan Callaghan and the pair got on well, it was recently claimed she stopped him from proposing to her famous daughter over the festive period as she fears the 'Promise This' singer could get hurt again following the 2010 demise of her marriage to soccer player Ashley Cole.

Last month, a source said: ''Tre called her and said he wanted to propose to Cheryl when they are in America. He wanted to do it on Christmas Day, but Joan refused to give her blessing.

''She's warming to Tre but there's no way she's going to let another man take Cheryl down the aisle so quickly.

''Tre's got his work cut out if he thinks he can get around Joan so soon.''

Cheryl is very close to her mum Joan and famously moved her into the marital home she once shared with ex-husband Ashley, soon after they tied the knot in 2006.

However, the marriage ended less than four years later after he cheated on her with a string of women.

Tre is Cheryl's first serious boyfriend since the split and he has already won over her friends with the way he treats the 'Call My Name' hitmaker.

However, the source added: ''Tre, like scores of men, wants to marry Cheryl. But there is a lot of work to do to convince Joan he's not in this for money or fame.''