The former 'Girls Aloud' singer insisted on not wanting Louis Walsh to return, but allegedly this is the exact reason why Simon has brought him back. 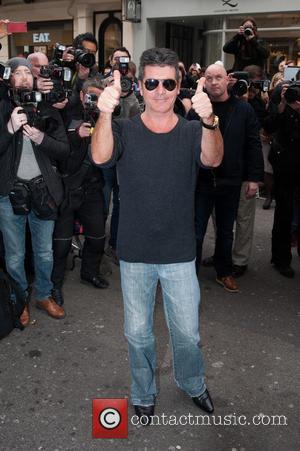 It was only earlier this week that Cheryl Cole and Simon Cowell's professional relationship was fixed as the 'Girls Aloud' singer was confirmed to be returning to the X-Factor.

But the 56 year-old music mogul has allegedly already started planning to make this year's judging panel to be as feisty as ever.

According to the Daily Star, Cheryl Cole didn't want Louis Walsh to return as a judge for the upcoming season, but Simon apparently made a deal with the Irishmen over dinner on Tuesday night (March 11th).

The newspaper reports, Cowell and Walsh have made a verbal agreement when they dined at London's Arts Club in Mayfair, and is expected to sign the contract later this week.

"The deal with Louis is done - he will be back," an X-Factor insider said. "Simon assured him over dinner that he wanted him back on the show and Louis will sign his deal in the coming days."

However, this isn't the news Cheryl wanted to hear on her return, "Cheryl might not want him but that's exactly why Simon does, he knows it will create fireworks," the source added.

Hopefully this just means more entertainment for the viewers and not another fall-out between the 'Call My Name' singer and Simon.

Cheryl, who was a judge on the UK version from 2008 until 2010, sued the US version of the program for $2.3 million after being dismissed by Cowell in the first few weeks of production.

Well, for the moment, everyone seems to be on the same page, and the pair even posed for a funny photo this past Monday, in which the '3 Words' hit maker shared on her Instagram as part of her announcing her return.