Cindy Crawford Has Finally Confirmed A Leaked Picture Of Her With A Wrinkled Stomach And Cellulite Is A Fake, But She Did Not Speak Out About The Controversy At The Time Because The Doctored Snap Garnered Such A Positive Response From Women. 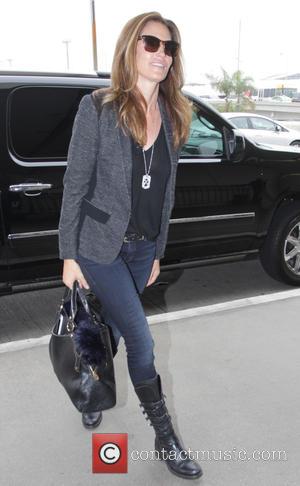 A picture from a 2013 lingerie shoot emerged online in February (15) purportedly showing an unretouched image of Crawford, 49, looking far from perfect.

The photographer who worked on the original shoot subsequently declared the picture was stolen and doctored and threatened legal action in a bid to stop its publication, but Crawford stayed silent on the matter, refusing to confirm or deny whether the snap was real.

She has now addressed the controversy, branding the image a fake and revealing she chose not to speak out after the photo emerged because so many women saw it as a positive reflection of a real woman's body.

Crawford tells Elle Canada, "Why would seeing a bad picture of me make other people feel good? I felt blindsided. I was very conflicted, to be honest... It was stolen and it was malicious, but there was so much positive reaction (to the image). Sometimes, the images that women see in magazines make them feel inferior - even though the intention is never to make anyone feel less. So somehow seeing a picture of me was like seeing a chink in the armour.

"Whether it was real or not isn't relevant, although it's relevant to me. I don't try to present myself as perfect. It put me in a tough spot: I couldn't come out against it because I'm rejecting all these people who felt good about it, but I also didn't embrace it because it wasn't real - and even if it were real, I wouldn't have wanted it out there. I felt really manipulated and conflicted, so I kept my mouth shut."