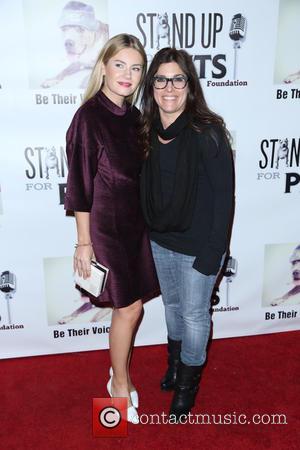 Picture: Elisha Cuthbert and Rebecca Corry - A variety of stars were photographed as they attended the 4th annual "Stand Up For The Pits" dog appreciation...

Elisha Cuthbert's ex-boyfriend Sean Avery has quit his role in an off-Broadway play just days before he was due to make his stage debut.

The former New York Rangers ice hockey star had signed up to appear in Negative is Positive at the Theater for the New City in New York, which starts its run on Thursday (06Nov14), but he has now walked away from the project.

The play's author Christy Smith-Sloman tells New York Post gossip column Page Six, "Avery had a complete meltdown in rehearsals and quit. He pretty much snapped... It's unbelievable he would do this two days before we open. At this point I don't want him to be a part of this production."

An understudy will replace Avery in the play. The star has yet to comment on the news.

House Of Wax - Behind the Scenes Footage Trailer