Ella Eyre has confessed she's only dated other ''other artists'' in the last few years which makes for a competitive relationship. 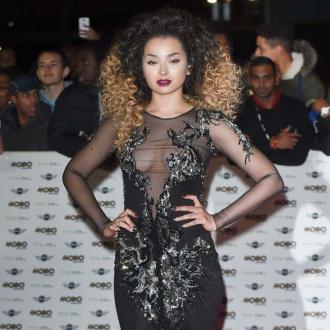 Ella Eyre has only dated ''other artists'' over the last few years.

The 'Comeback' hitmaker - who is known to have dated two celebrities, Rixton's Lewi Morgan and 'Love Me Again' singer John Newman - has been happy with her romances but has revealed a certain level of ''unhealthy competitiveness'' tends to emerge.

When asked if being in the public eye gives her more respect in relationships, she told Stylist magazine: ''Interesting. I've only dated other artists for the last couple of years, so it's hard to say. I would say it brings an unhealthy competitiveness in the both of you. You both think you know better.''

The 21-year-old pop starlet also revealed she has only been in love once or twice.

She said: ''I know one for sure and there's another one that might have been but we were so young that even though we were together for three years, I question whether I was in love at all.''

The love interest she knows ''for sure'' she seriously fell for, could be John Newman.

Newman, who when asked if she was 'The One', he previously told Capital Radio FM: ''Yes. She is at the moment. It feels like it at the moment.''