There's no question that Gregory Porter is rapidly becoming a major figure in the jazz world, winning a Grammy for Best Jazz Vocal in 2014 and being nominated for a host of great awards since 'Liquid Spirit' was released last year.  Rightly so too, as there's no denying the sophistication, elegance and supreme professionalism of 'Liquid Spirit' that oozes class. Porter has the perfect jazz band to suit his wonderful soulful delivery and his lyrics are to be respected. Recognising the achievement of 'Liquid Spirit', a Deluxe version has recently been released on Blue Note, featuring the supremely talented Laura Mvula, award winning jazz star Jamie Cullum, Ben L'Oncle Soul and a remix by 20Syl. 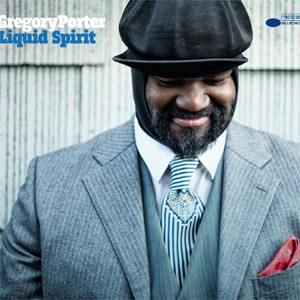 I first noticed Gregory Porter with his classic track '1960 What?' which immediately got my attention; the vibe and groove was so funky and familiar, as well as being totally sophisticated. There's no doubt the jazz, soul and funk influences come from some the very best with song writing that creates such a rich mood and unforgettable sound. 'No Love Dying' is such a classy song that every element in the band from piano and double bass to drums and trumpet, wonderfully interweave to perfection, with stunning vocals and lyrics from Porter. The album progresses with the infectious, upbeat swing of title track 'Liquid Spirit' and great musicianship on 'Lonesome River'. However, 'Water Under Bridges' is simply stunning; a beautiful melody and features alongside a bonus version on this Deluxe album with Laura Mvula delivering her wonderful style to such a memorable song. Previously released track 'Hey Laura' is another fantastic track portraying love, denial and heartbreak. The album continues with more shades of jazz, upbeat and epic displays of great heartfelt lyrics and wonderful melodies.

'Liquid Spirit' is an amazing album with so many stand-out moments, all superbly crafted to provoke warmth, serenity and space for contemplation. The Deluxe version contains extras like 'Don't Let Me Be Misunderstood' and 'Grandma's Hand's' featuring other great artists as well as a bonus DVD; so if haven't already got it, you might be encouraged to buy it... and you won't be disappointed. 'Liquid Spirit' is pretty much a perfect jazz album all round but with great crossover appeal for a wider demographic. Some of the duets on the Deluxe version were a little questionable at times, but they didn't take away that it is an outstanding piece of work by a very talented man with a great band. Having released 3 albums since 2012, it seems to me Gregory Porter is only going to get better and we're very excited about the next instalment from him. 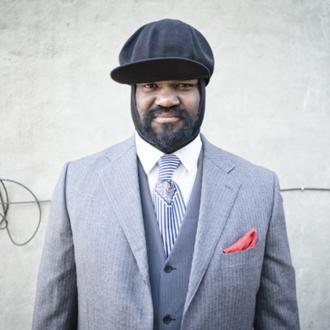