Jane Lynch has signed up to play a prison guard in the new 'Muppets' movie. 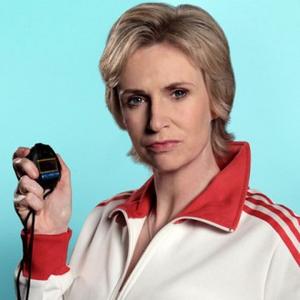 Jane Lynch has joined the cast of the upcoming Disney 'Muppets' movie.

The 'Glee' star - who plays the scheming cheerleading coach Sue Sylvester in the musical comedy -will portray a prison guard in the highly anticipated film.

Jane joins Jason Segal, who will play the human lead in the puppet story, 'Machete' star Danny Trejo and Donald Glover from TV show 'Community' in the ensemble cast, The Wrap reports.

Jason is co-writing The Script alongside Nicholas Stoller and will co-produce with David Hoberman and Todd Lieberman.

Other stars rumoured to be in talks for roles include Amy Adams and Chris Cooper.

'The Muppets' will be directed by James Bobin - who has previously worked on the MTV Europe Music Awards 2005 and 'The Flight Of The Conchords' and is scheduled for release in December 2011.

The last feature film was 1999's 'Muppets from Space' but there have been a number of straight-to-TV movies made since.

Along with starring in 'The Muppets', Jane can next be seen on the big screen in the Simon Pegg and Nick Frost movie 'Paul' about two British comic-book geeks who travel across the US and encounter an alien outside Area 51.