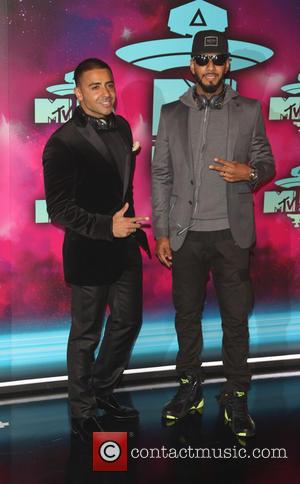 British singer Jay Sean is a first-time dad after his wife Thara Natalie gave birth to a baby girl on Friday (13Dec13).

The Down hitmaker and his wife have become proud parents to a daughter called Ayva Loveen Kaur Jhooti, and Sean, real name Kamaljit Singh Jhooti, has since taken to Instagram.com to share photos of the newborn.

The accompanying caption reads: "Yuuuuup (sic)! I'm a daddy!!!!! Meet our lil (sic) baby girl, Ayva... She was born on the 13th December, weighing in at six pounds seven ounces. It was the most incredible moment of my life seeing her enter this world."

Sean reveals he also made a special music mix for the momentous occasion, which naturally included some of his own hits.

He adds, "Wifey @tharanatalie (who was unbelievably strong and composed thru it all!!!) had a music playlist for her delivery - a mixture of diff (different) artists and some of her fav (favourite) songs - (including mine!)

"Would u (sic) believe of all the songs on the playlist she was born to daddy's song!!?!!! She was born to 'Luckiest Man'. And of course - that I am! Love this little one to bits. Look forward to bringing her along on the road so u (sic) can meet her."

Sean, 32, and the model and R&B singer fell in love while collaborating on the track Murder, which featured on her self-titled debut album in 2007. It was also included on Sean's album, My Own Way, in 2008.