A rare film that adds up to much more than the sum of its parts, this works as both a dramatic character study and a tense thriller. The title is Mexican slang for "hitman". And with fierce direction, razor-sharp writing and breathtakingly layered performances, this is one of the most involving, thrilling movies of the year. It also has something urgent to say about the political world we live in. Kate (Emily Blunt) is the leader of an FBI unit in Phoenix, and is taken aback when offbeat Homeland Security agent Matt (Josh Brolin) asks her to join his team tracking a Mexican drug cartel kingpin. She brings her partner (Daniel Kaluuya) along, and they struggle to make sense of their new mission, especially the shady operative Alejandro (Benicio Del Toro) who's working alongside them. The question is which organisation is actually running this operation, and what the real goal is. Clearly international laws are being bent at every step, and Kate is worried that she might also be compromising her moral and ethical principles. Meanwhile over the border, a local cop (Maximiliano Hernandez) is involved in activities that may cause trouble for his family and community.

Director Denis Villeneuve (Prisoners) keeps this story tightly under control, taking the audience along on Kate's odyssey into the dark side of international law enforcement, which has little regard for the law. Blunt brings a remarkable authenticity to her role as a steely, smart leader who is always on-edge, trying to find a way through an unpredictable situation. As she quietly reveals Kate's thought processes, the audience is able to identify with her at every step. Which makes every scene both riveting and emotionally wrenching. Opposite her, both Brolin and Del Toro are on top form, infusing the film with quirky details, black humour and challenging ideas. There's also an astonishing role for Jon Bernthal as a cowboy who flirts with Kate, and then some.

Kate Macer is an FBI Agent who's about to undertake probably the most dangerous mission of her career so far. It's not her usual department, but she has been taken on to help in the ever swelling drug war along the border of the US and Mexico. There's a drug lord taking over the sprawling metropolis of El Paso, people are getting killed left right and centre. In order to take him down, a lot of people need to be executed along the way - but Kate's not so sure her task is an entirely moral one when she is forced to pull a gun on nearly everyone who gets in her way. As she doubts the mission and questions the history of Matt, the task force's leader, she starts to understand that they only real assignment she's being faced with is survival - even if that means breaking her own rules. Continue reading: It's A Wrap: 'Burn Notice' Prepares To Bid Farewell For Good After Seven Seasons 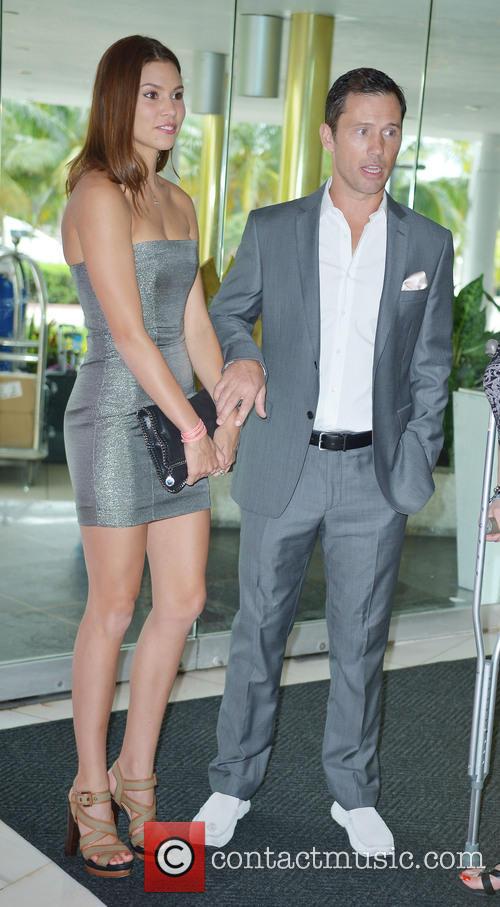 Former sporting rivals of the NBA Larry Bird and Magic Johnson were together again at the recent premier production of the semi-biographical play of their respective careers. Magic arrived with his wife and son before posing for photos with Larry, who had posed alone prior to this. Actress Rooney Mara and 'Burn Notice' star Jeffrey Donovan were also seen on the red carpet at the Longacre Theatre on Broadway.

The play chronicles the professional careers of Johnson and Bird, who went head to head a number of times from the late 19070's until early in the 1990s. Their rivalry reinvigorated the NBA, and eventually turned into the greatest and most famous friendships in professional sports

By Rich Cline
Very Good
Exquisitely designed and directed, with finely tuned performances that shine even through some heavy make-up, this true story never quite succeeds in conveying its central relationship. Sure, repression is the point, but passion would have made the film heartbreaking rather than just sad.

Anna Marie Hoover, like any mother, knew that her young son, John Edgar, would grow up to accomplish great things. But she did not expect that he would grow up to become the FBI's first director. 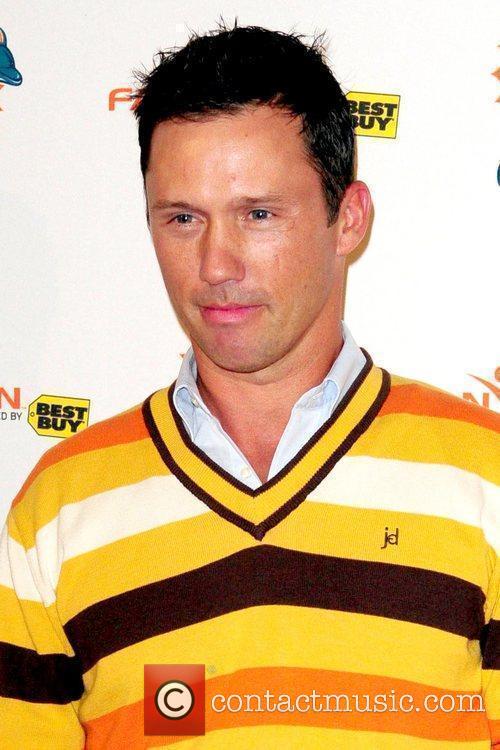 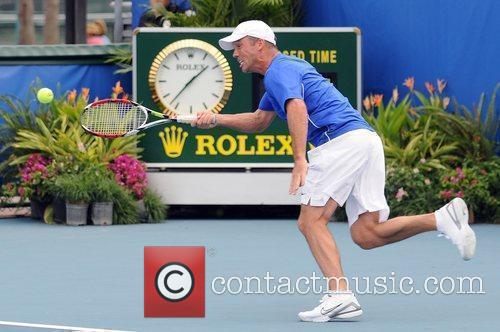 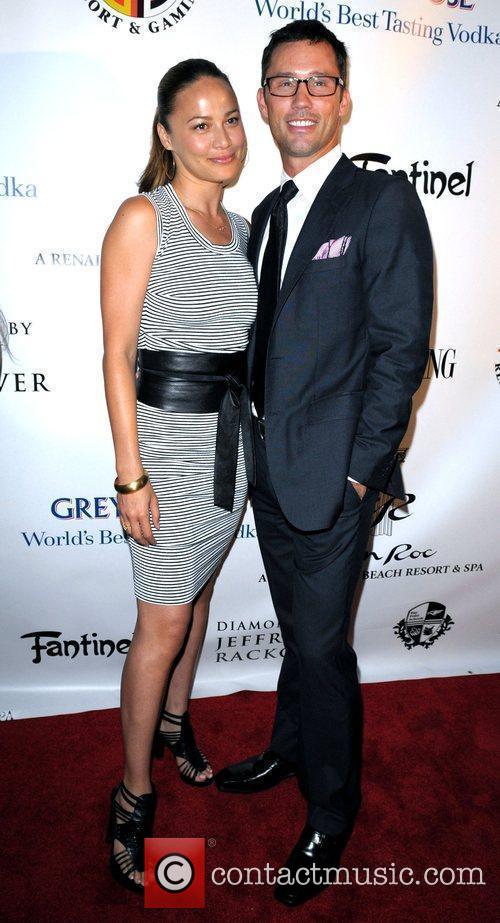 Fit snug into the mother superior of self-reflexive roles, Angelina Jolie once again finds herself the eye of the storm in Clint Eastwood's epic melodrama Changeling. Armed with her thick, crimson lips, period duds, and that ever-present cloche, Jolie goes all gooey as Christine Collins, a single mother who finds herself a media fulcrum when she denies that a boy returned to her by the LAPD is Walter, her son who had been kidnapped five months prior.

Based on a catastrophic piece of the infamous Wineville Chicken-Coop Murders, which ran from 1928 to 1930, and the ensuing trials that yielded a major ousting of the LAPD's top tier and almost no real answers, Changeling is an exceedingly visual film yet one that lacks confidence in its imagery, relying too often on clunky language and an unsteady lead performance. This is no loose adaptation of actual events: Collins fought against the terminally-corrupt LAPD for years, became a martyr for forced institutionalization, and kept her job as a roller-skating switchboard operator while continuing the search for her lost boy. That's no small feat for a lone woman in the late 20s/early 30s.

After taking the boy the LAPD presented home, Collins begins to document inaccuracies between the delivered boy and her son, only to be brushed off by Captain J.J. Jones (Jeffrey Donovan), the man in charge of the investigation. Support comes in the form of Reverend Gustav Briegleb (John Malkovich), a flamboyant radio preacher who's been hounding the LAPD for years. When Collins finally takes her story to the media, it's Gustav who starts yelling for her return as she is forced into a psychiatric hospital with a gaggle of mistreated women, the most vocal of whom is played by Amy Ryan.

In its third act, Eastwood switches focus to the trial and execution of Gordon Northcott (Jason Butler Harner), the man who kidnapped and slaughtered over 20 children on his ranch in Wineville, one of which was Collins' son. The introduction of Northcott disrupts the tone and mood of the film, stumbling from feminist parable to legal drama. It does permit a final scene between Collins and Northcott, allowing Jolie a final, enraged plea for closure: It's later revealed that Walter might have escaped Northcott's ranch, a fact that's meant to bolster an infuriating feel-good ending.

Changeling, like most of Eastwood's excellent latter-day work, is a classy affair, but one of technical weight rather than dramatic. Shot by Tom Stern, the brilliant cinematographer who has been working with Eastwood since 2002's Blood Work, the director's latest is covered in dehydrated colors and beautifully scored by Eastwood himself with lilting pianos and blustery strings. While Jolie overplays her scorned mother, the supporting cast blends in beautifully, especially Donovan's complexly-composited policeman and Malkovich's propulsive, lively clergyman. Schematically unstable, it's J. Michael Straczynski's woozy script that proves the film's most incapable cog, handling its cerebral and narrative shifts with the subtlety of a race car hitting a speed bump.

At a hulking 141-minute runtime, Changeling suffers from more than its fair share of showy moments, none more egregious than when momma bear profanely tells off the head of the psychiatric hospital. Eastwood's direction is proficient, but he finds it impossible for his actress and his aesthetics to coalesce. Unable to internalize the drama, Jolie engulfs every scene with an utterance of "I want my son back!," often cheapening the meticulous production design, courtesy of the talented James J. Murakami. It's a gaudy, showboat performance, trading nuance and grace for simple presence; I'll eat a small fishing boat if she doesn't get an Oscar nomination. British director Michael Winterbottom tempered Jolie the starlet as another single mother left as residue after a media-centric tragedy in A Mighty Heart by centering on the procedure of retrieval. With Eastwood, however, Jolie's weeping caterwaul reduces a firebrand of corrupt politics into a work of enthused pageantry. 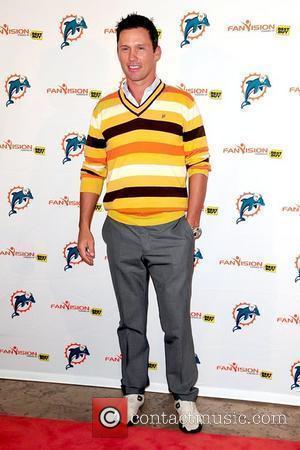