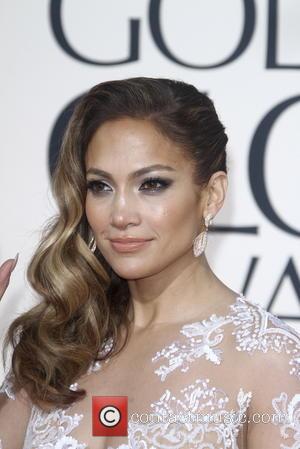 It appears that when Ben Affleck and Jennifer Lopez broke up, he got all the talent and awards and she got... other things that aren't quite as impressive. However, there are no hard feelings harboured between the two, J-Lo has been married and divorced again since, and she's now dating a man 18 years her junior. She popped in to see Ellen Degeneres recently and spoke about her feelings about Affleck, her current boyfriend and her future.

"(Argo) was a great movie," Lopez told DeGeneres, speaking about Affleck winning a Golden Globe at the weekend. "They were really hard on us in the press when we dated back in the day. On movies and things like that. So it was a nice moment. It was nice to see him have that moment. I was really happy for him."

Lopez clearly has insecurities about the age difference between herself and current boyfriend Casper Smart. "I ask him, 'Why don't you go find a young girlfriend and get out of here? What do you want with me?' " She tells People. "The truth is, we don't know what's going to happen," she said. "We're loving this moment right now. We make each other happy."

One thing they both know for certain is that they both want kids at some point, Smart said last year that he wanted kids at the right time, and Lopez has recently said that she'd love to add to the family she already has, to give twins Max and Emme some more siblings. "I don't know if it's in the cards for me, but I would love it."

J-Lo is about to star alongside Jason Statham in a new movie called Parker, out on Jan 25th 2013.