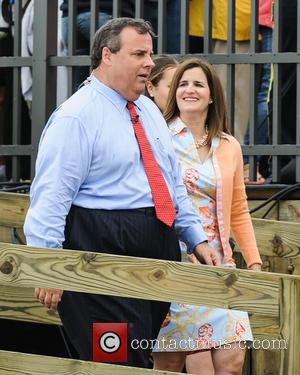 Picture: Governor Chris Christie and Mary Pat Christie - Celebrities attend a special edition of NBC's 'Today' live at Seaside Heights for the reopening of the...

The reality Tv regular was offered $10,000 (£6,452) in 2011 to stop wearing the label's fashions on the MTv show, with company executives fearing the association with Sorrentino could cause "significant damage" to the firm's image.

Sorrentino took offence to the claims and fired off a cease-and-desist letter to A&F chiefs, demanding they remove shirts baring the phrase "The Fitchuation" because it violated his trademark.

His lawyers argued that he should be paid for the violation, while alleging that their client was exploited by being publicly asked to stop wearing the popular casual wear.

However, a Florida judge has ruled against Sorrentino, insisting the reality star did not offer The Situation branded apparel until after A&F came out with parody T-shirts making fun of his nickname, and adding that the items did not cause confusion to the public.