Ed Westwick has joined up with 'The Inbetweeners' stars James Buckley and Joe Thomas as the stars on a sides-splitting new BBC Two comedy about a double-glazing salesman in the eighties entitled 'White Gold'. The 6-part series sees Damon Beesley at the helm and will premiere this month. 'White Gold' is set in Essex in 1983 and sees 'Gossip Girl''s Ed Westwick as the charismatic salesman Vincent Swan. He is accompanied by his sales team of two; the morally questionable yet charming Fitzpatrick played by James Buckley and the rather more principled Lavender played by Joe Thomas. Turns out 'The Inbetweeners 2' is a fine way to end the boys' story.

Fans of The Inbetweeners have known for some time that the sequel to 2012's box-office busting big screen movie would probably be Simon Bird, James Buckley, Joe Thomas and Blake Harrison's last outing as Will, Jay, Simon and Neil. The boys - whom we first met at a secondary school somewhere in the Home Counties - have only aged about 3 years over an 8 year period of shooting the TV show and the movies, and they've convincingly argued to leave the quartet's story at that throughout just about every publicity interview for their new movie. The boys are back - down under!

...And they haven't even put the best jokes in the trailer!

The trailer has finally been released for the long-awaited sequel to 2011's The Inbetweeners Movie, The Inbetweeners 2. Jay, Simon, Neil and Will are back for another round of lewd, rude and cringe-worthy hijinks...but this time they're Down Under. The Sequel Sees The Guys Applying Their Very Unique Girl-Charming Skills Down Under.

Yes indeed, after the last movie was set mainly in Malia where the guys ventured for their summer holiday, the sequel will be based in Australia as the boys take a gap year before embracing their lives as adults. "You know why they call it Down Under?" says Jay. "'Cause that's where your face spends most of the time." August 2014 will see the boys back for another adventure

The Inbetweeners holds a unique place in British hearts. It started out as a Channel 4 comedy, featuring the burgeoning talents of four young guys, and was quietly adored by a loyal audience.

Suddenly, the indie-pop scene connections got bigger, the in-jokes got quoted and before you knew it, “bus w***er” and “care friend” were basically phrases. People said them as phrases. It became a phenomenon, and while many considered the apex of the franchise to arrive with the first feature film, they’d be wrong.

A second one is on the way, promising more ridiculous girl-hunting, the bonds of friendship and above all, banter fuel, because you haven’t actually got any real things to talk to your mates about anyway, have you? The news was announced via the film’s Facebook page, which, given the target demographic, is the only real place to put it. 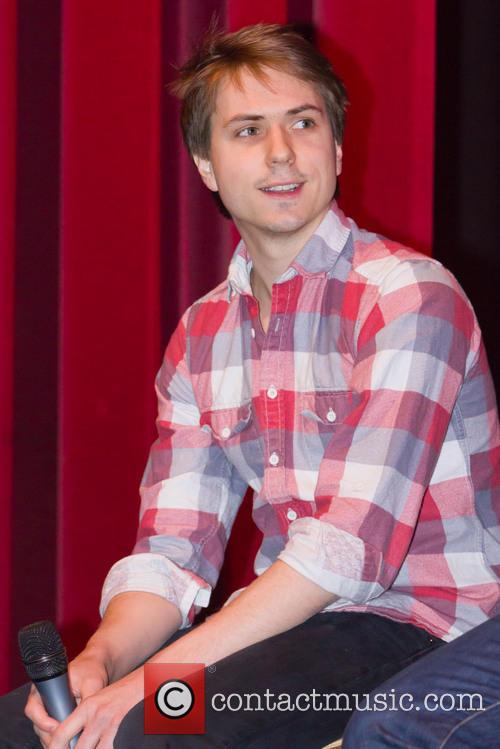 The Inbetweeners James Buckley Marries Sweetheart In A Kilt

The Inbetweeners star James Buckley married his childhood sweetheart Clair Meek near Edinburgh on Saturday (November 3, 2012) and was joined by his on-screen pals Simon Bird, Joe Thomas and Blake Harrison.

Buckley, 25, arrived two hours before the proceedings in a cream coloured Beetle and wore a green kilt after promising pals he would don the traditional Scottish attire. Bride Clair wore a classy lace white satin dress. An insider told The Sun, "It was a wonderful day and everything was perfect. James and Clair seemed so happy and looked fantastic.It was great to see James and the lads together for their big day.They never have any luck with the ladies in the series, but James definitely got the girl this time." A steady stream of guests arrived at the 15th Century Dundas Castle, including actor Danny Dyer, 35, whose girlfriend Jo caught the bouquet. The Football Factory actor tweeted, "F*** me, the old woman caught the bouquet. If West Ham win I'm proposing." Buckley and his bride were also joined by Essex band The Milk, who he's played alongside in the past.

The couple, who live together in Essex, have a enjoyed a whirlwind romance since meeting in August 2010. Buckley and his Inbetweeners co-stars are thought to be in talks for another series of the show, or a potential movie sequel. 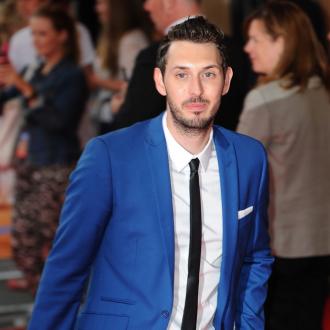 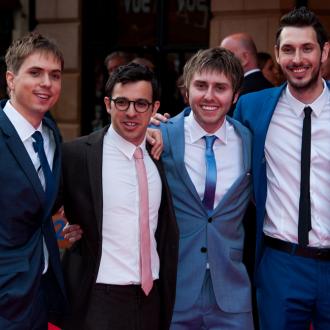