John Travolta is being lined up to play late mafia don John Gotti in a new movie about his life. 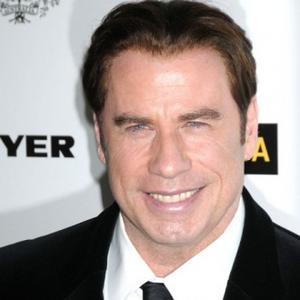 The 56-year-old actor - who recently welcomed a new baby son, Benjamin Jett with his wife Kelly Preston - has been spotted dining with Mark Fiore, the executive producer of a new movie about Gotti's life which he purchased the rights to in September, sparking speculation he will take a leading role in the project.

The movie would tell the tale of Gotti's life; nicknamed 'The Dapper Don' by the media for his extravagant lifestyle, the crime boss was sentenced to life imprisonment in 1992 for 13 murders, conspiracy to commit murder, tax evasion, obstruction of Justice and illegal gambling.

He died of throat cancer in 2002 at the United Stated Medical Centre for Federal Prisoners.

Although John has yet to officially sign up, Oscar-nominee James Franco has been approached about the possibility of playing his son John Gotti Jr., TMZ reports.

John was last seen in 'From Paris With Love' with Jonathan Rhys Meyers; the film broke even, making $52 million worldwide and costing $52 million to make.