Director-cowriter Dee Rees (Bessie) gives this 1940s drama such an epic scale that it might have played out better as a TV miniseries, with more time to flesh out the characters and complex situations. But the themes are so vivid that it still gets under the skin, and the nonstop voiceover from a variety of characters adds plenty of thoughtful insight. If only there were fewer plot details brought over from Hillary Jordan's source novel, it might be an easier film to identify with.

It's set just as the US enters World War II, and Henry (Jason Clarke) buys a farm in Mississippi. His wife Laura (Carey Mulligan) isn't thrilled about leaving her comfortable home in the city to raise their two daughters in the muddy fields, accompanied by Henry's racist father (Jonathan Banks). She gets some support from their black tenant Florence (Mary J. Blige), wife of sharecropper Hap (Rob Morgan), who hopes one day to have a farm of his own. Florence and Hap's son Ronsel (Jason Mitchell) is fighting in Europe, as is Henry's charmer of a brother Jamie (Garrett Hedlund). And when these two soldiers return, their friendship stirs resentment among the bigots in the surrounding community.

The film's approach to segregation in the Deep South is riveting, and makes it important to see, especially as it so vividly depicts how this kind of racial division degrades everyone in ways that are both brutal and eerily subtle. And as the story progresses, it becomes increasingly clear that something horrific is going to happen. Rees gives the film a soulfulness that makes it thoroughly involving, even if she gives away a couple of key plot points in the prologue. She also creates a strikingly realistic atmosphere, with a rainsoaked landscape so vivid we feel damp closing in around us.

Nick Barrow designs high target crimes for a living, he studies and surveys banks and high value locations and comes up with a plan to carry out successful heists which he then sells to the person willing to pay the most for his scheme.

Nick sells his latest project to the son of a cartel boss called Alejandro. Nick walks through every aspect of how the robbers will infiltrate and escape from the location. Wishing to go ahead with the project, Alejandro and his team carryout a successful heist, that is until the entire team of robbers are all shot dead. Nick finds himself on the wrong side of Alejandro's father and is suddenly thrown into a world he's not used to.

Out for revenge after the death of his son, Viktor Vasquez is out to hunt down the person he sees responsible for his son's death and wishes to put him through the same pain that he's currently going through by killing his daughter, Cate.

The ‘Breaking Bad’ spin-off appears to be doing a good job of living up to the hype early.

Traditionally, spin-off series either fall into the disastrous ‘Joey’ category, or the 'perhaps better than its predecessor' group which is headed by 'Frasier'. So it’s no surprise that ‘Breaking Bad’ fans where anxious ahead of ‘Better Call Saul’s’ premiere. But if the series’ debut episodes are anything to go by fans can finally breathe a sigh of relief, as ‘Better Call Saul’ seems to hit all the right ‘Breaking Bad’ spots.

Better Call Saul will premiere with a two-night celebration.

The first episode of season 1 will premiere on the 8th, with the second coming the following night. There's no official word on a UK release date, though Netflix subscribers are likely to get the show shortly after its run on AMC.

Parking Tickets Or Mass Murder? Better Call Saul! What To Expect From The 'Breaking Bad' Spin-off

Bob Odenkirk will reprise his role as Saul Goodman, but what can we expect from 'Breaking Bad' spinoff, 'Better Call Saul'?

We know that there isn’t a single Breaking Bad fan out there who can’t wait for Better Call Saul to start! The highly anticipated spinoff series will be written by Peter Gould and Vince Gilligan and is planned to be a prequel to the intense action in Breaking Bad.  The show will see shady lawyer Saul before he landed the walk-in-the-park gig as crystal meth mastermind, Walter White’s, lawyer. But what do we know about Better Call Saul? Other than what we can assume there’s not really a huge amount of information to go on!

Big Mike's back, and we couldn't be happier

For those of you who thought you’d seen the last of Mike Ehrmantraut, his return for the Breaking Bad spin-off, Better Call Saul, will come as an exciting revelation. But there’s more to Jonathan Banks’ role reprisal. Jonathan Banks is back for more Breaking Bad action

No doubt we'll see Bryan Cranston and Aaron Paul pop up as Walter White and Jesse Pinkman at some point in the new spin off, and of course Bob Odenkirk will be playing Saul again. We get the feeling Banks is going to play a far more important role.

The Breaking Bad spinoff Better Call Saul will feature at least two familiar faces on its cast, as Jonathan Banks has been announced to join the production. On Breaking Bad, Banks played everyone’s favorite serial killer for hire, Mike Ehrmantraut and he is going to reprise the role in the Albuquerque-set prequel, The Hollywood Reporter confirms, based on statements from AMC and Sony reps. Banks will reprise his role as killer-for-hire Mike Ehrmantraut.

Banks himself is yet to comment on the news. On the inevitable danger of sequel fatigue, Breaking Bad creator Vince Gilligan had this to say back in October: "There's obviously a danger inherent in doing a spinoff, but I just love the character of Saul Goodman [Odenkirk] so much, and part of me doesn't want to say no to this world." 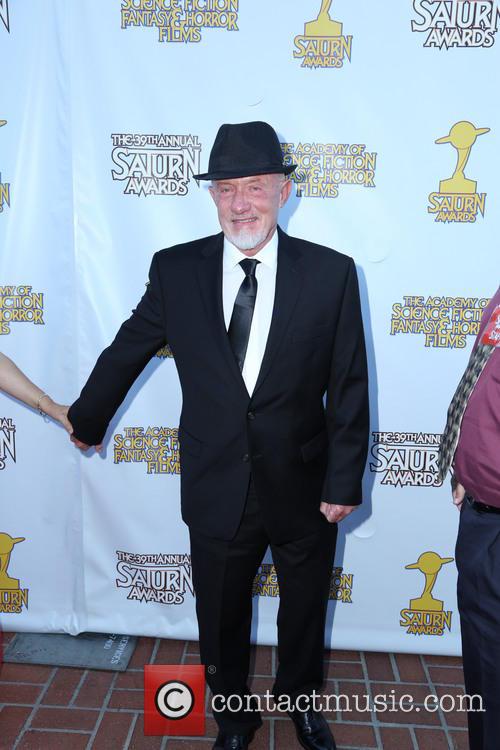 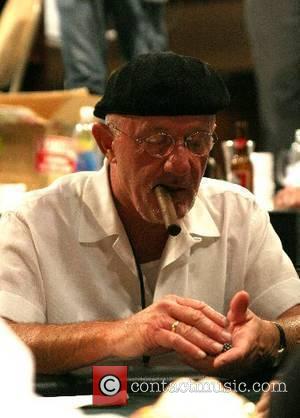