Judd Nelson reckons the reason 1985 film 'The Breakfast Club' is still so popular today is because people resonate with "kids trying to become adults" no matter where they are in the world and what decade it is. 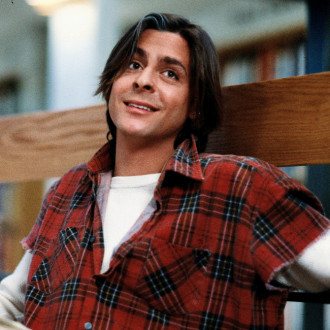 Judd Nelson believes the secret to the success of 'The Breakfast Club' is that the teenage story resonates with people all over the world.

The 61-year-old actor starred as John Bender in the 1985 film coming of age comedy about a group of students from different high school cliques who spend a Saturday in detention with their authoritarian assistant principal Vice Principal Richard Vernon (Paul Gleason).

And Nelson suggests the key to its longevity is that so many people can identify with "kids trying to become adults".

In an interview with the Metro newspaper, he said: "You always hope a project that you work on has the legs to last longer than that minute you worked on it. And 'The Breakfast Club' was like an incredibly fast horse. Just stay on. Do not fall off. Do not use your riding crop. Do not use your spurs. Just hold on to that horse and you'll be fine.

"To receive letters from people that had seen the movie ... it was just fascinating to hear the same thing from people from, say, Japan.

"I'm like, 'What? How can your school be the same?' There are many similarities to all kids trying to become adults."

Nelson - who is currently starring in new film 'Iceland Is Best' - says he still misses some of his 'The Breakfast Club' co-stars, particularly "smart, very funny guy" Emilio Estevez.

He added: "Every once in a while I'll see one of them. And I miss all of them. I mean, I've not seen Rob Lowe since before he had children. They're grown up now. That's a long time. I've seen Michael Anthony Hall, who played Brian in 'The Breakfast Club'.

"Every so often I have contact with Emilio Estevez and I really miss him. He's a smart, very funny guy. And I see people occasionally but Hollywood ... is it like a family? Not really! It's a family of only children pretending they have similar mothers! You work furiously and fast and closely with everyone. Then suddenly, it's over."