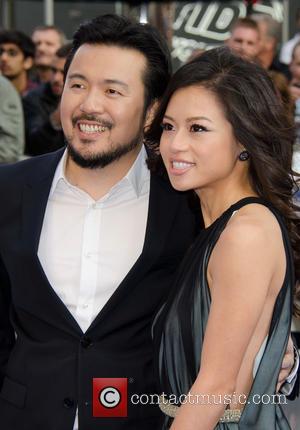 Filmmaker Justin Lin has fired back at James Franco, revealing the actor's negative comments about their movie collaboration Annapolis were "hurtful" and "very disrespectful".

The Milk star opened up about his experiences making the 2006 naval academy drama with Lin earlier this year (13) and branded it "a really bad movie".

Annapolis flopped at the box office and was also blasted by critics, but The Fast & The Furious franchise director still feels proud of his work and admits he was offended by Franco's remarks.

Lin tells the Huffington Post, "He's going on publicly about stuff and I honestly don't understand it. I think James is a good guy, but... I wish he would just not say anything. The crew had a great experience; we were all very young and we were all doing the best we can. And for someone to kind of lay judgement, you know, it is hurtful. And I think it's very disrespectful.

"I wish James could keep it to himself because I don't know the point... Without Annapolis, I wouldn't have gotten (The Fast and the Furious movie) Tokyo Drift, I wouldn't be here today. And, so, it's part of who I am. I will always be proud of it. And, for someone to be a big part of that and to publicly go and start talking trash..., I just don't think that's cool."

The moviemaker insists he is still on good terms with Franco, but adds, "He is not perfect. I'm not perfect. I'm really proud to be here now, but I'm just as equally proud as when that movie opened and nobody would take my call. Because that makes me who I am. And that experience made me who I am. And I would hope it's the same for him, as opposed to him judging the rest of us."