Lin will sit behind the camera for the next 'Bourne' film, due in cinemas in summer 2015 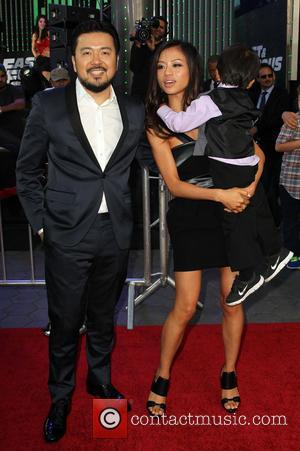 Justin Lin has been signed on to direct the next instalment of the Bourne franchise, which will see Jeremy Renner return as the star of the show. Filming for the fifth Bourne film is due to begin next year, with the movie expected to arrive in cinemas in summer 2015.

Lin, who masterminded the Fast and Furious franchise - which has become one of the most successful film series in history - was announced as the director of the next Bourne film via Deadline, who also revealed that Renner will be returning as Aaron Cross. The 2015 release is being written by Invictus and Sherlock Holmes writer, Anthony Peckham.

The fifth Bourne film will be Lin's first project since stepping down as the head of the Fast and Furious franchise - which grossed over $1 billion from the last three films alone - in place of James Wan. Universal have enlisted the help of Lin to hopefully propel the Bourne series to similar heights enjoyed by F&F.

The last Bourne outing, the first to feature Jeremy Renner as its star in place of Matt Damon, grossed a measly $276 million in 2012 and there were murmurs around Hollywood that Universal were ready to drop the franchise from its rooster. The latest F&F film on the other hand grossed a massive $788 million worldwide and has prompted Universal to to already begin working on the seventh edition of the franchise, with Vin Diesel, Paul Walker and Dwayne Johnson all returning to their roles.

The Bourne and F&F films aren't the only Universal titles being given a sequel, as the studio are also working on follow-ups for The Mummy and Jurassic Park films.