The 18-year-old model is currently at home in Los Angeles amid the coronavirus pandemic, but she's yet to create a TikTok account - unlike many of her showbiz pals - to keep herself entertained during the lockdown.

She joked: ''I haven't personally gotten into TikTok yet because it makes me feel old.

''Which is crazy, but I still don't know how to use it [and] the dances are so hard. I have so much respect for the people that take the time to learn them - it's a true art form.''

Kaia is also currently in the midst of a ''pretty big break'' from her make-up and skin-care regimen.

However, the model continues to wear her favourite fragrance, even though she's got nowhere to go.

''I put it on - even though I'm not leaving the house - because it keeps me sane and makes me feel like I haven't [strayed] too far away from my normal routine.''

Meanwhile, Kaia previously revealed she was ''worried'' when she was named Model of the Year.

The catwalk star admitted the title left her panicking about what else she could still achieve, even though she's still in her teens.

Kaia - who is the daughter of Cindy Crawford and Rande Gerber - said: ''I was quite worried because I thought, 'Oh my God, what do I do now?'''

Kaia was just 10 years old when she made her modelling debut and didn't even realise it was work.

She explained: ''It was for Versace Kids and I loved it but I had no idea what I was doing. 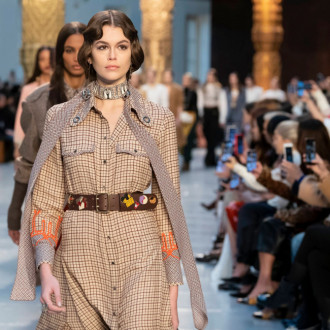 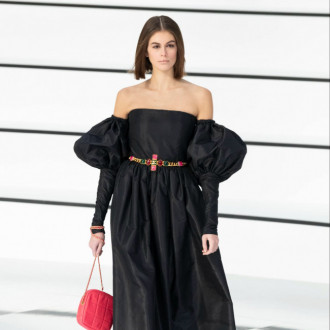