Kate Mara to star as Ariel Castro's victim in biopic?

Kate Mara is negotiating the role of Michelle Knight - who was a victim of kidnapper Ariel Castro and escaped his Cleveland home in May 2013 - in a few biopic. 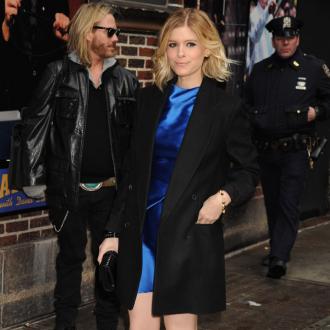 Kate Mara is in talks to play the victim of kidnapper Ariel Castro in a new biopic.

The 'House of Cards' actress - who portrayed journalist Zoe Barnes in the first series of the drama - will play Michelle Knight, who was held prisoner with another two women in Cleveland for over 10 years until May 6, 2013, when one of the women escaped and contacted the police.

Source told the New York Daily News' [email protected] column: ''After her sensational turn in 'House of Cards,' producers at Sony are desperate for Kate to take on the role of Michelle Knight.

''They feel that Kate would be able to capture Michelle's vulnerability and psychological pain -- something she excelled at as Zoe Barnes.''

Michelle - who was 21 when she disappeared in 2002 - was held hostage alongside Amanda Berry, and Georgina 'Gina' DeJesus, and the women were lured inside his house after they accepted a lift from him.

Meanwhile, 'The Wire' star David Costabile and 'The Breakfast Club' actor Emilio Estevez are in the running to play Ariel, who was arrested the same day the women were freed.

He pleaded guilty to 937 criminal counts of rape, kidnapping, and aggravated murder and was sentenced to life in prison without the chance of parole plus 1,000 years.

A short time into serving his sentence he committed suicide by hanging himself with bedsheets in his prison cell.