Following the announcement of the college sweetheart's engagement, they are now in talks to star in a reality TV show which will follow their day-to-day lives. 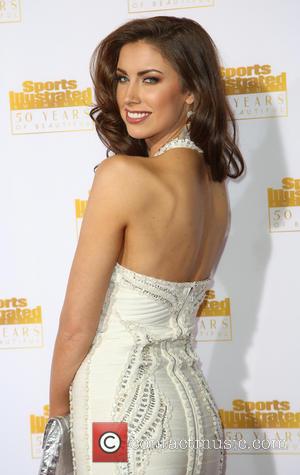 Katherine Jenkins and AJ McCarron are in talks to get their very own realty TV show.

This news comes only two weeks after the 24 year-old model announced via Twitter that she and the former Crimson Tide quarterback are engaged.

Webb uploaded a series of photographs to the social media site that were taken moments after McCarron popped the big question.

"We're engaged!" one caption read along with a photo of the pair embracing each other. Another snap was of the huge diamond ring, to which Webb wrote: "He designed it himself."

It was first reported by the Auburn student newspaper, The Plainsman, that the wedding planning and the actual ceremony would be a main feature of their proposed show.

But sources close to the couple have revealed it will definitely focus on their day-to-day lives, but including their wedding day isn't yet confirmed.

Another issue with filming the wedding is its set date being only months away (July 12th), it may be happening too fast to for a reality show to be organised, especially since filming hasn't even begun.

Their opportunity of being stars in their own reality show follows the very bizarre way the pair became known to the public.

ESPN announcer Bret Musberger pointed Webb out from the crowd during the BCS Championship last season, the awkward moment played out with Bret saying- "You see that lovely lady there, she does go to Auburn, but she's also Miss Alabama and that's AJ McCarron's girlfriend." He also added "You quarterbacks, you get all the good looking women. What a beautiful woman. Wow."

Webb is clearly looking forward to her wedding day as she shared another photo of her wedding ring on Instagram, with the caption: "Can't wait to marry my best friend."