Katherine Webb and quarterback Aj McCarron are rumoured to have ended thier relationship, but is this really the truth? 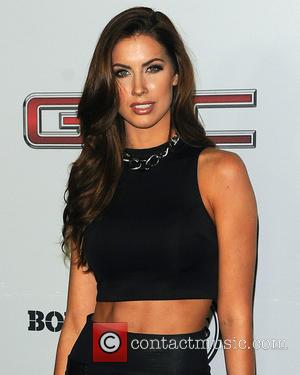 There is a lot of talk in the rumour that American Beauty Queen Katherine Webb has split from University of Alabama’s beloved quarterback, AJ McCarrron.

The couple became famous through unordinary circumstances. ESPN announcer Bret Musberger pointed Webb out from the crowd during the BCS Championship last season, the awkward moment played out with Bret saying-

"You see that lovely lady there, she does go to Auburn, but she's also Miss Alabama and that's AJ McCarron's girlfriend.”

He also added "You quarterbacks, you get all the good looking women. What a beautiful woman. Wow."

Her few moments of television exposure shot her into modelling and television deals, with Webb appearing on the American reality water-diving program ‘Splash’, Webb scored the highest marks in week 3 but had to withdraw due to injury at the end of week 5.

The new found fame and travel schedule was believed to be the reason for the relationship ending but the former Miss Alabama has put a stop to these rumours by tweeting “Don't believe everything you hear...smh”.

A rep for the couple also contacted RadarOnline to correct their report, "AJ and Katherine have not broken up." He's busy with football and she's busying with modeling. That's all.”

So the couple are still together as the rumours (unsurprisingly) turned out to be wrong.