Katie Price has slammed the ''scumbags'' who ransacked her house, and mocked them for only stealing the bag she used on 'I'm A Celebrity... Get Me Out of Here!' in 2009. 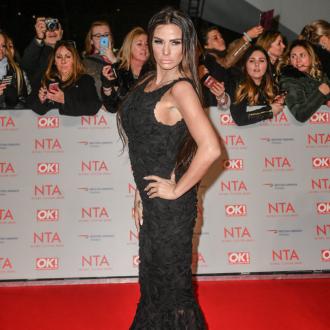 Katie Price has slammed the ''scumbags'' who ransacked her house.

The 42-year-old star was left ''devastated'' over the weekend when her £1.3 million Sussex property - which she doesn't currently live in as it is being renovated - was ransacked and flooded by trespassers.

And on Sunday (12.07.20), Katie uploaded a video to her YouTube channel in which she explored her damaged house, and explained the only thing stolen by intruders was the bag she was given whilst on 'I'm A Celebrity... Get Me Out of Here!' in 2009.

She said in the video: ''This is the first time I've been to this house since ... I'd like to say it's been burgled, but it hasn't been burgled. [My neighbour] Helen comes to check the house, and she came Saturday, and someone in the evening went into my bathroom upstairs, took the shower head off, put it over the bath, turned it on - knowing no-one would be here - and it's all leaked, and the whole ceiling has collapsed.

''And then the next night she came in and it was the same, but then she phoned me the next morning and said 'Kate they've been back again and they've ransacked your whole house'. All they've stolen is my 'I'm A Celebrity' bag, which is a bit odd. So we've had forensics here.''

Katie then spoke directly to the perpetrators, as she accused them of having ''no respect'', and mocked them for wasting their time by not stealing anything.

The former glamour model also hit out at the intruders for taking her bag, as it came from her second stint on the show in 2009, and not from her first time around in 2004, which is when she met her ex-husband Peter Andre.

She fumed: ''And coming here twice? That's a bit cheeky, but you haven't even nicked anything. My 'I'm A Celebrity' bag? Big bloody deal, that means s**t to me anyway. That was [the bag from] the second time I went in, you didn't get the first one, the Pete one, you got the second time. So I wasn't really interested in that one, hence why it was just randomly here.''

And Katie insisted she won't be moving back into the house, because she's ''done'' with the problematic property.

She said: ''I hate this house. Even just standing here gives me anxiety, I hate it.

''Luckily, I can't live here. I can't mentally live here, so you haven't got the better of me at all. If you think you've got the better of me because you've done this, you haven't. I'm still standing here, I'm not crying, I'm just like ... this is what this house means to me anyway, it's s**t anyway. The fly tipping, the burst water pipe ... it's like, this house chapter is closed with me anyway. It's just a shame that this could have actually been a really nice family house, but I'm just done with it.''