Nick Jonas has revealed he has worked on new music with Skylar Grey, but hinted it might be difficult for fans to pick her out in the finished tracks.

Nick Jonas has revealed he has collaborated with Skylar Grey on new music.

The 'Jealous' singer has been writing songs with the 31-year-old star, but he has suggested that fans might find it difficult to pick her out in the finished tracks.

Speaking to Billboard magazine, he said: ''Skylar Grey ... is one I'm very excited about people to hear the music we wrote together.

The sibling band broke up in October 2013 and Nick has since being enjoying a successful solo career.

Nick Jonas has admitted he was really the one who called time on the Jonas Brothers back in 2013. Speaking on Tuesday’s edition of ‘Watch What Happens Live’, Nick says the band’s break-up was difficulty for the family, but they're all good now. Nick Jonas says he was the reason the Jonas Brothers split.

"It was a very tough conversation, and it left the family kind of shaken up for a little while. I mean we were about to start a tour. We were two days from starting a tour," he told host Andy Cohen. "We're good now.”

Continue reading: Nick Jonas Reveals He Was To Blame For Jonas Brother Split 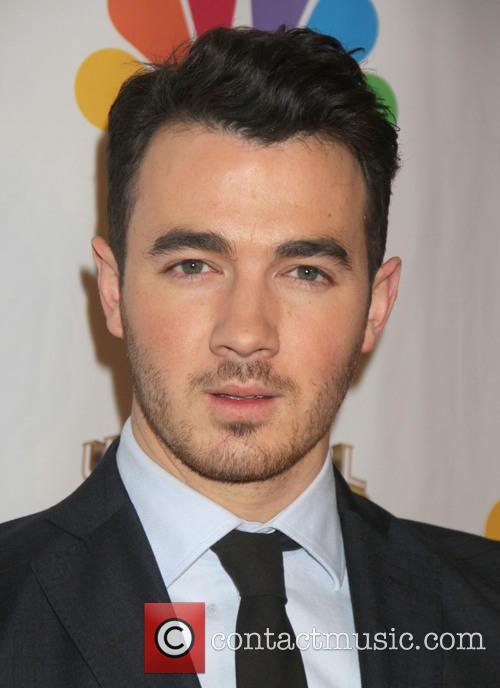 Continue reading: A 'Real Housewife', A Jonas Brother, A Mom Of Eight And A 'Sharknado' Survivor: Meet The New 'Celebrity Apprentice' Cast

Kevin Jonas and Danielle are now parents for the first time to a baby daughter called Alena Rose Jonas.

Kevin Jonas, one third of the Jonah Brothers, was celebrating with his wife Danielle this past Sunday (Fab 2nd). But unlike most of America, it wasn't because of the Super Bowl finally arriving, they couple were welcoming their first child into the world. By Victoria Pavlova in Music / Festivals on 02 December 2013

Life as a Disney kid isn't all that fun, says the newly free Joe Jonas.

Most of us Millenials vaguely remember when the Jonas Brothers were a thing, but now, in a shocking development, Joe Jonas has come out with some curious confessions about his life as a Disney golden boy. Now don’t act all surprised, there was obviously something going on behind the purity rings and the clean-cut all-American image. Still, the candidness of the middle Jonas brother’s recent exposé for Vulture is a bit unusual. A career with Disney isn't as easy or glamorous as it looks.

It starts out with Joe explaining his early beginnings in music, from listening to the church choir, to going wild (well, relatively) at punk shows, to eventually penning a song with his brothers, which was intended just for Nick (the youngest). After the David Copperfield-like beginning, Joe gets to the meat of the story – the band’s life and work with Disney.

Are The Jonas Brothers Breaking Up?

By Elinor Cosgrave in Music / Festivals on 11 October 2013 Continue reading: Are The Jonas Brothers Breaking Up? 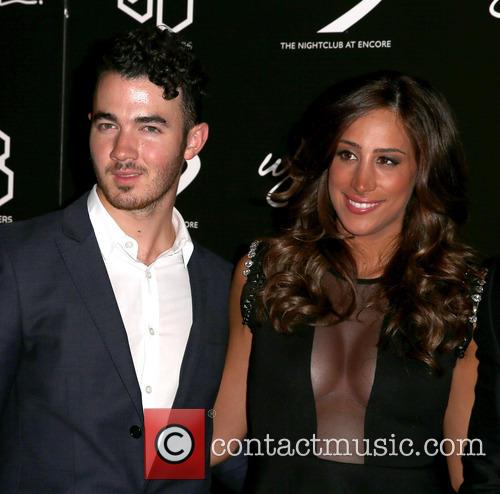 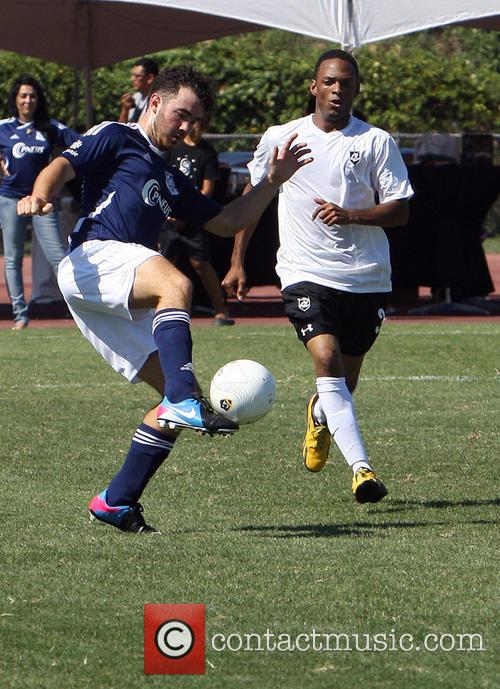 Nick Jonas added an out-of-character picture on Instagram yesterday (31st July) showing a lot more flesh than he usually does.

Nick Jonas posted a topless photograph of himself on Instagram. The photo shows the twenty-year-old singer showing off his muscular torso with his Nike shorts resting dangerously low on his hips. He added the caption "I never do this but... Healthy living and fitness update. Post workout picture. #diabeticinshape #2.0." The picture has attracted a great deal of attention, receiving over 198K likes on Instagram. Many fans have expressed their appreciation of the Jonas' physique. Whilst others have commented on his diabetes and his role as a spokesperson for the condition, a number claiming he is inspirational to sufferers.

Kevin Jonas' Wife Danielle Is Pregnant With Their First Child

By Elinor Cosgrave in Lifestyle / Showbiz on 10 July 2013

Kevin Jonas announced his wife Daniella is pregnant. The couple married in 2009 and this will be their first child.

Kevin Jonas, born Paul Kevin Jonas II, will be a father. The announcement that his wife Danielle is pregnant came during an interview with E! Online. The couple have been married since 2009 after meeting in the Bahamas in 2007. Kevin and Danielle Jonas at a New York Ranger's event.

Kevin Jonas is the oldest of the Jonas Brothers, his younger siblings are Joe and Nick.  The pop-group are currently touring throughout the US and Canada. Tickets for the shows, the last being on August 16th, have completely sold out. The Jonas Brothers have announced they will be recording a new studio album sometime this year (2013). 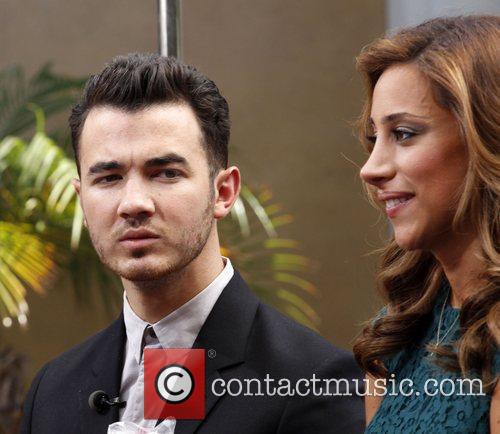 Sarah Jessica Parker's new film, 'I Don't Know How She Does It' premiered in New York, with the cast rubbing shoulders with celebrity guests. The 'Sex and the City' star looked relaxed in a floor length black dress as she posed with her husband, actor Matthew Broderick. Also in attendance were singer and actor Kevin Jonas and his wife Danielle, who cuddled and kissed for photographers.

'I Don't Know How She Does It' is a comedy about a finance executive played by Sarah, who juggles her highly stressful life with her two young children; it is certainly a role that Sarah Jessica Parker, who is a mum of two herself, will almost certainly relate to 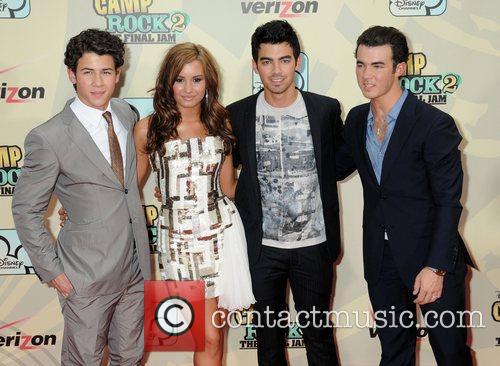 Kevin Jonas' Wife Danielle Is Pregnant With Their First Child

Kevin Jonas To Be A First-time Father 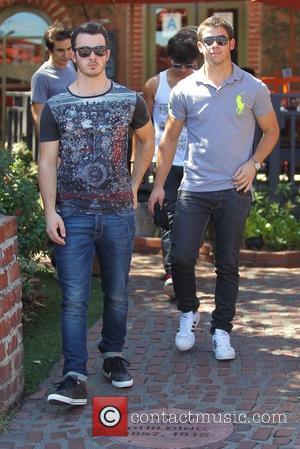 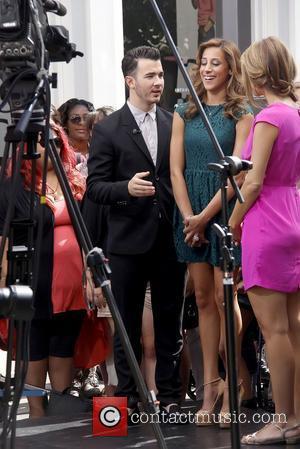 Kevin Jonas Has Joey Fatone To Thank For Wedding Venue 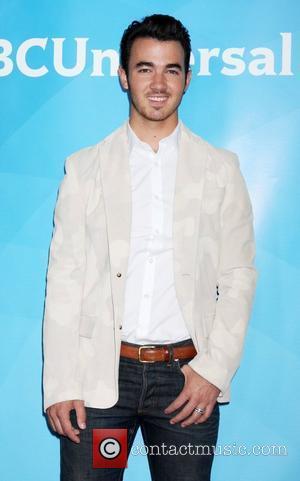 Kevin Jonas Got His Future Wife's Phone Number From Her Sister 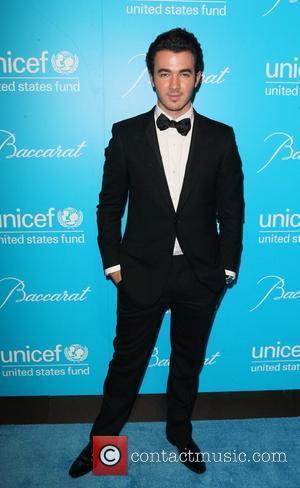 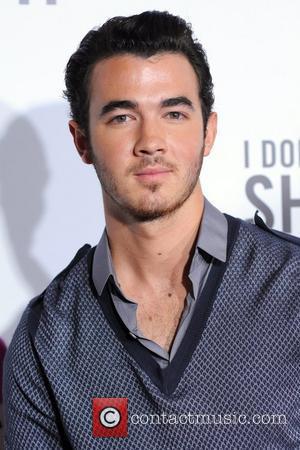