Kirstie Alley happy she didn't have sex with Travolta

Kirstie Alley says the only reason she didn't leave her husband Parker Stevenson for John Travolta when they were working on 'Look Who's Talking' was because they didn't sleep together. 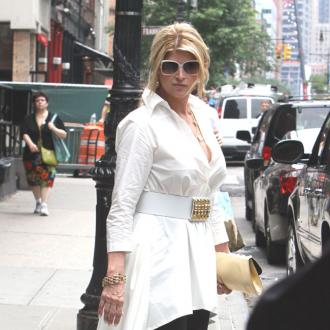 Kirstie Alley is happy she never slept with John Travolta because she would have wanted to marry him.

The 61-year-old actress fell in love with her 'Look Who's Talking' co-star over 25 years ago even though she was married to Parker Stevenson at the time and believes not having sex with John is the only thing that stopped her from running off with him.

Speaking about her alleged affairs with John and Patrick Swayze, she told chat show host Jimmy Kimmel: ''Can I just clarify, these were not sexual affairs. I think John Travolta is and has remained one of my best friends for almost 25 years, 26 years . . . before he was married [to Kelly Preston], and I was married. But I fell in love with him.

''The only good part of it is I didn't turn it into a sexual relationship, which is really good. Because for me, if I have sex with someone, I have to marry them.''

Kirstie split with Parker in 1997 after 14 years of marriage but claimed she always tried to be honest with him about her attraction to other men.