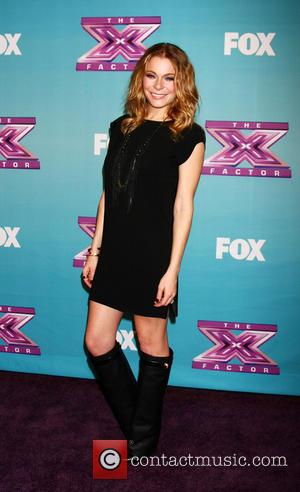 Leann Rimes sued her dentist, after claiming that his below-par dental work has left her with “permanent cosmetic deficiency” and physical pain. She has also claimed that she was left unable to sing (and therefore earn money) as a result of the dentistry. omg! obtained a copy of the lawsuit and report that Rimes is now suing the dentist for his work. She has often complained about her teeth and dental woes on her Twitter page in the past.

LeAnn claims that she has had to undergo nine root canal operations, bone grafting, a temporary bridge and physical therapy, all in order to deal with the dentist’s poor workmanship. In addition to suffering that trauma, she also claims that it left her unable to sing, so she’s seeking a pay out for loss of earnings, past and future. The 30 year-old is booked to appear at the C2C: Country to Country festival in London, in March, 2013. This is presumably the last thing that Rimes needs after going through a pretty stressful year, dealing with her husband Eddie Cibrian’s ex-wife Brandi Glanville, who has been feuding with LeAnn and Eddie for months. Brandi has reportedly written a tell-all book, exposing details that LeAnn would evidently rather keep private. LeAnn has reportedly admitted that she felt “fragile,” worrying about what the book may contain.