Stars Including Olivia Munn, Eva Longoria And Maroon 5 Have Expressed Their Shock Online After A Gunman Opened Fire In An Oregon College On Thursday (01oct15). 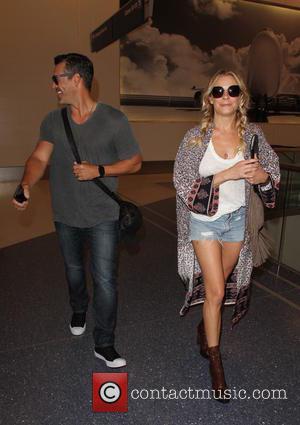 A 20-year-old male reportedly entered Umpqua Community College and began shooting at staff and students, leaving 13 dead and an estimated 20 others injured.

Police, who raced to the scene engaged in a shoot out with the suspect, who died in the exchange. No cops were hurt.

As the shocking news of another U.S. campus shooting incident unfolded, stunned celebrities took to Twitter.com to express their feelings.

Actress Munn wrote, "Sending my love and prayers to the victims and families of UCC", while Longoria posted, "My hearts and prayers for those in Oregon."

Singer Leann Rimes tweeted, "Reading the news about the #OregonShooting horrific! My heart goes out to the victims and their families", and Sara Bareilles added, "Oh God. My head is reeling. I'm so sorry and so sad for the victims in Oregon. My prayers are with you."

Comedienne Ellen DeGeneres and actress-turned-reality TV regular Lisa Rinna also weighed in on the shooting, while Maroon 5, who are currently on tour in New Zealand, also took the time to pay tribute to the lives lost, posting: "Our hearts go out to the victims of the #UCCShooting, all the way from here in New Zealand."

And fashion designer Nicky Hilton wrote, "In the 274 days of 2015, there have been 293 mass shootings. Today's shooting in Oregon marks the 294th. This must stop".

The Oregon massacre is the latest school shooting to rock America following similar gun atrocities at Sandy Hook Elementary School in Newtown, Connecticut in 2012, and Arapahoe High School in Denver, Colorado in 2013.