Music Mogul Louis Walsh Is Baffled By A Report Suggesting He Is To Return As A Judge To Save Ailing British Talent Show The X Factor. 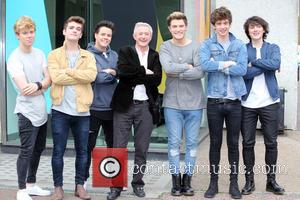 The Irish pop impresario took up a role on the panel for the show's inaugural series in 2004 and he remained in place for years before quitting ahead of the current 12th season.

Ratings for the singing contest have been struggling for weeks, and on Friday (25Sep15) editors at The Sun newspaper reported that boss Simon Cowell wants Louis to return as a fifth judge to boost viewer approval.

However, Louis has since spoken out to insist he is surprised by the article and has no idea if producers are planning to offer him a return.

He tells U.K. talk show Loose Women, "I don't really know. Listen, Simon said the door was open to me. I talk to Simon, you know, and there's a possibility I might end up on the show... There is a possibility. It's up to Simon... I talk all the time to him so I think there's a chance."

Louis also promised that if he does return to the hit singing contest, viewers can expect a repeat of his traditional friendly clashes with Simon.

He adds, "I love doing X Factor. I love working with Simon. He's a loose cannon but he makes great TV."