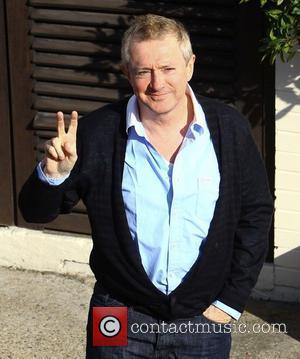 Louis Walsh, the last original judge remaining on the UK 'X Factor,' might be living on borrowed time having been forced to issue an apology on Saturday (October 22nd 2011) after calling one of the current leading competitors Misha Bryan a bully.
Last night (October 23rd) Walsh found himself in the uncomfortable position of having to pick between two of his own mentored acts to send home, opting to save Kitty Brucknell over Sami Brookes following her rendition of Lady GaGa's 'The Edge of Glory,' reports the Daily Mail. And it's set to get worse for the 59 year-old if The Sun are to be believed, with rumours of a potential shake-up involving his departure and Simon Cowell's return. Speaking on the subject Cowell was somewhat vague, saying "I'm flattered that people are missing me - but I don't want anyone to miss the show". Yet with the show some 2.5 million viewers lighter, and a Daily Mirror poll showing that Walsh is the least popular of the four judges, all signs appear to point to the Irishman.
One source said, "It doesn't take a genius to work out that Simon not being on has hit the ratings", adding, "Itv are happy with the panel. They think they're great. But they realise when it comes to X Factor judges, there isn't anyone like Simon. He Is X Factor . The likelihood is that Louis will be gone next year - and Simon could make a welcome return".