Calling all sons and daughters - this is the present your Dad wants. 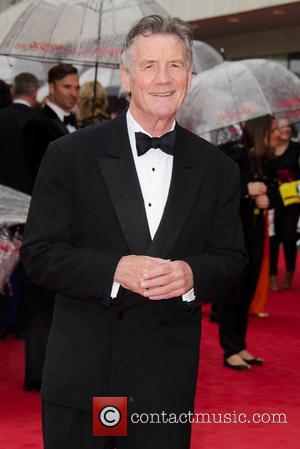 They say timing is everything when it comes to comedy, although that logic applies to more then a well-delivered joke, it would seem. The cast of Monty Python, John Cleese, Terry Gilliam, Terry Jones, Eric Idle, and Michael Palin, 70 – otherwise known as Monty Python – are reuniting for a stage show, The Sun reports.

The announcement comes just before Christmas, with tickets no doubt going on sale in time for many dads to see an envelope under the tree come December 25th, but Jones isn’t coy about why he wants to get the gang back together for the show.

"We're getting together and putting on a show - it's real," Jones told the BBC. "I'm quite excited about it. I hope it makes us a lot of money. I hope to be able to pay off my mortgage!"

The gang haven’t appeared together since 1998 when they joined forces for the Aspen Comedy Festival. The sixth member of the comedy troupe, Graham Chapman, died in 1989.

Eric Idle tweeted on Monday: "Only three days to go till the Python press conference. Make sure Python fans are alerted to the big forthcoming news event." He added: "Python meeting this morning. Can't wait. Press Conference Thursday will apparently be live on Sky News. I'll get you the online URL.”

The reunion is going to be announced at that press conference, despite it being common knowledge already. We will, at least hopefully, get some more information about what the new show will be about and who else is involved in the project.

Monty Python's Flying Circus was a revelation back in 1969 when it first aired. The group would become some of Britain’s best-loved comedy performers with four seasons of the show, and certain low-budget movies called Monty and the Holy Grail and Monty Python’s Life of Brian.

John Cleese is ready for more So is Eric Idle, who's dressed snappily on the red carpet