R&b Star Miguel Reached Out To Rocker Billy Corgan Out Of "Respect" After Realising The Guitar Riff On His New Song Leaves Bears A Striking Similarity To The Smashing Pumpkins' Track 1979. 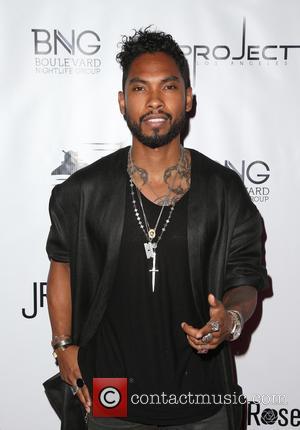 The Adorn hitmaker reveals the tune for Leaves came to him easily and it was only after its completion that he noticed how similar it was to the Smashing Pumpkins single, which was released in 1996.

Miguel decided to contact Corgan to get his take on the two tunes and they decided to give the frontman a writing credit on Leaves to avoid any possible legal action in light of the recent Blurred Lines ruling.

He says, "The guitar riff just came to me in such a subconscious way, the song literally wrote itself in minutes.

"It was kind of reminiscent of 1979. I was a fan of them growing up, but I never bought their albums or saw them live. It's weird how some things just sink in... We made sure that they heard it and made sure that it was all good."

Miguel accepts artists today are at an increasing risk of copyright infringement allegations because there are few musical arrangements fans haven't already heard over the years, but he believes it's up to younger stars to recognise the influence of others, even if similarities are unintentional.

He continues to The Associated Press, "We're all standing on the shoulders of giants. There's nothing that hasn't been done... there's going to be moments where you do things that are reminiscent of other things. And even if you're not aware of them, I think it's just best, out of respect, to reach out."

Earlier this year (15), Blurred Lines collaborators Robin Thicke and Pharrell Williams were ordered to hand over $7 million (£4.6 million) to the family of Marvin Gaye after a jury ruled the two stars had stolen elements from the late soul legend's 1977 hit Got To Give It Up for their own 2013 chart-topper. The pop stars are currently appealing the ruling.

Miguel isn't the only musician to allow extra songwriting credits to be added after the fact - Mark Ronson reached an agreement with The Gap Band members over his smash hit Uptown Funk, which features similarities to 1979 dancefloor filler Oops Upside Your Head, while Sam Smith agreed to pay Tom Petty songwriting royalties for Stay With Me, which was likened to the veteran rocker's I Won't Back Down.