British Pop Stars Natasha Hamilton And Ritchie Neville Are Engaged To Be Married. 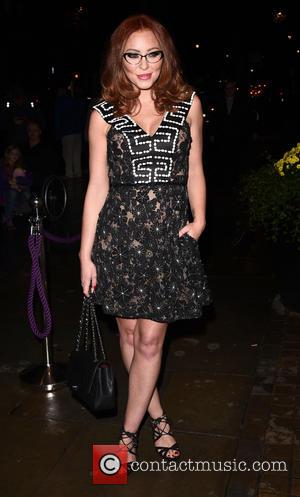 The Atomic Kitten star and the 5IVE singer announced the happy news in an interview for British magazine OK!, revealing Ritchie proposed during a romantic vacation in Rome, Italy.

"It was so romantic and it couldn't have been more perfect," she tells the publication. "I felt overwhelmed and like I was in a movie... (The ring is) beautiful. He couldn't have picked a more perfect ring... We were sobbing as I said 'Yes!'"

The news comes a year after they welcomed their first child together, a daughter named Ella, who arrived in September, 2014.

Natasha, who has three other kids from previous relationships, shared the wedding news with fans by posting a picture of the magazine's cover on her Twitter.com page with the message, "So... our news is now out! @RitchieNeville asked me to marry him."

The cover features a picture of the couple smiling as Natasha holds up her engagement ring.

The couple began dating in 2013 after their bands reunited on U.K. TV series The Big Reunion, which relaunched popular acts from the 1990s and 2000s.