Newlyweds Nikki Reed And Ian Somerhalder Are Setting Down Roots In California With Their First Marital Home After Purchasing The Property From Rocker Chad Smith. 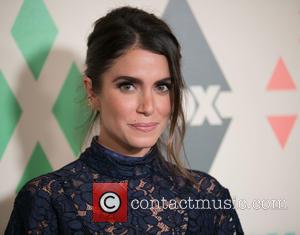 The Red Hot Chili Peppers drummer bought the contemporary Venice pad for just under $2.76 million (£1.73 million) last year (14), but decided to put it back on the market months later, and now Reed and Somerhalder have agreed to take the three-bedroom house off Smith's hands for $2.85 million (£1.78 million), reports Variety.com.

The property is well suited for the green activists - the residence, which maximises its use of natural lighting with glass walls, is described as an "eco-architectural home".

The Twilight actress, who wed Somerhalder in April (15), has been busy on the property front - last week (ends04Sep15), she sold off the Hollywood Hills home she once shared with her first husband, singer Paul MCDonald. The former couple split in 2014 after three years of marriage and finalised its divorce in early 2015.