Punk Icon Patti Smith Was Reunited With Clothes Stolen From Her 36 Years Ago During An Event In Illinois On Sunday (11oct15). 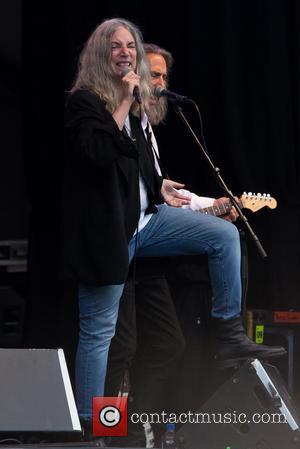 Noreen Bender alerted the Because The Night rocker to her haul as Smith chatted to fans about her new book, M Train, at Dominican University, and was asked to come to the stage.

The rock star and writer froze as she opened the bag Bender brought with her and immediately identified a sheer top as the one she wore for her Rolling Stone magazine cover shot in July, 1978.

She told the audience the item belonged to her brother and road manager, Todd Smith, who died in 1994.

Reports suggest the clothing was among the items stolen when a rental truck used by the Patti Smith Band to carry an estimated $40,000 (£25,000)-worth of musical equipment was taken by thieves outside a hotel in 1979. The items in the van were never returned.

Bender tells the Tribune she came in possession of the items through a male friend of her Chicago, Illinois roommate. She did not identify the man, but revealed he worked for moving van company U-Haul. He informed her the clothes belonged to Patti Smith.

Bender says, "I just thought, 'Oh my God, these are her clothes and they still have her sweat on them'."

She kept hold of the clothes with the intention of returning them to her heroine and she admits the magic moment on Sunday was really special: "The feeling of making your hero happy, it was a moment. It was the highlight of my life."