Peaches Geldof believes her house is haunted by a woman who committed suicide over 100 years ago after delivering a stillborn baby. 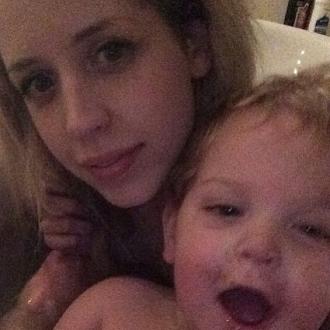 The 24-year-old star took a photo of herself in the bath with her 20-month-old son, Astala, and when she checked the image she was shocked to discover a set of discoloured fingers by her shoulder.

There is no explanation as to why the eerie digits are in the snap, and the former model believes the hand belongs to a woman who committed suicide more than 100 years ago after she delivered a stillborn baby.

Peaches - who lives in the property in Kent, South East England, with her husband Thomas Cohen, Astala, and their other son, eight-month-old Phaedra - said: ''The house was built in the 1920s by a rich man and his pregnant wife. However, his wife had a stillborn baby and was so grief-stricken she went mad. She apparently drowned herself in the bath.''

She added: ''The presence I feel isn't malignant or angry, rather maternal and friendly - the house has a lovely atmosphere.

''Maybe she's just making her presence known because she loves having babies around.''

Peaches has started to leave her door open when she sleeps at night in case the ''ghost comes back''.

The blonde beauty - the daughter of Bob Geldof and the late Paula Yates - decided to investigate the history of the house after posting the spooky snap on her Instagram account accompanied with the caption: ''Close up shot of the mystery ghost hand in pic I took of Astala and me in the bath!! And no that isn't my hand - one of mine was round his waist to hold him during the photo, the other holding the camera to take the shot. Also the hand is around ym shoulder so totally weird angle if I did it myself. How terrifying!! (sic)''

A fan, Amber Micki, commented saying: ''You should totally look up the history of your house and it's grounds!''