Peter Capaldi, The First 'Doctor Who' With An Oscar. Oh, You Didn't Know? 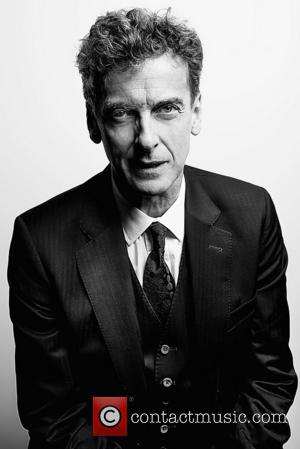 Peter Capaldi is a modest man. You'd never hear him boasting about winning an Oscar. Yep, the Glasgow-born actor, named as the new Time Lord last week, has more in his locker than the foul-mouthed and brilliant spin-doctor Malcolm Tucker from The Thick of It.

However, look further down the list of winners and you'll find him. Peter Capaldi, winner of the Academy Award for Live Action Short Film for Franz Kafka's It's A Wonderful Life. Ok, so he tied the award with Peggy Rajski and Randy Stone's Trevor, but he still won.

It was a stunning short comic film for BBC Scotland, written and produced by Peter Capaldi, and starring Richard E. Grant as Franz Kafka and co-starring Ken Stott.

The title refers to the famous writer and the best-loved film by Frank Capra. It follows Kafta as he sets about writing his tour-de-force The Metamorphosis, but struggles for inspiration and suffers from continual interruptions.

The movie the BAFTA award for Best Short Film shortly before the Oscars.

Look past Malcolm Tucker's battering of vitriol and Capaldi has plenty of hidden talents, some of which will hopefully be showcased following his gig as Doctor Who. According to The Stage, the Scottish actor, 55, has been trying to set up a feature film titled Born To Be King for the past 10 years.

It's a behind-the-scenes comedy set in 1938 about a bit-part actor who wins the heart of the leading lady during the making of a historical epic. Written by Capaldi - who also plans to direct - the stalled project would reportedly star Ewan McGregor and the Hollywood actress Kate Hudson.

Filming was supposed to begin in January this year, though was postponed for unknown reasons - perhaps financial.

When interviewed in 2007, Capaldi said he wasn't interested in directing blockbusters, saying, "give me half a million dollars and let me go away and do my own thing". Perhaps with the international profile that comes with Doctor Who, the actor will finally get his project off the ground.