This harrowing morality play is timely and riveting, but never remotely subtle. The setting is the mortgage crisis, during which savvy fast-talkers figured out how to make a fortune on the back of other people's tragedy. It's strikingly written and directed by Iranian-American filmmaker Ramin Bahrani with an attention to internalised detail, revealing an aspect of Western culture that's deeply disturbing. It's 2010, and the economy is in freefall as families and small businesses struggle to survive. When Florida builder Dennis (Andrew Garfield) loses his job, he has no idea how he'll support his mother and son (Laura Dern and Noah Lomax). Unable to pay their inflated mortgage, they're evicted from the family home by ruthless estate agent Rick (Michael Shannon). Then Rick sees something in Dennis that he admires, and hires him to do some building work, eventually taking him under his wing and teaching him how to profit from the record number of repossessions. But this means taking advantage of government grants, banking loopholes and people whose lives have collapsed. And it isn't long before it starts eating away at Dennis.

Garfield gives an open, searching performance as this desperate young father who's grasping at any lifeline he can find for his family. It's a complex, difficult character, mainly because his moral dithering sits in contrast to Shannon's flashier, shark-like Rick, who's often scary in the way he's able to avoid empathising with people in pain. In a much smaller role, Dern is the polar opposite, a warm blast of straight-arrow morality who continually prods her son to do the right thing. Yes, these characters are somewhat constructed as three points in a triangle, but they beautifully highlight the issues involved. And the actors dig deep into the emotional ramifications.

Dennis Nash is a struggling single father whose life is turned upside down when he's evicted from his home by a corrupt real-estate broker named Rick Carver. Facing life on the streets, Dennis is forced to work for Carver in the hope of reclaiming his home, but how will he cope carrying out the same ruthless eviction techniques that were used on him? As Dennis falls deeper into Carver's web, relationships suffer and his situation becomes more dangerous than he could have imagined. 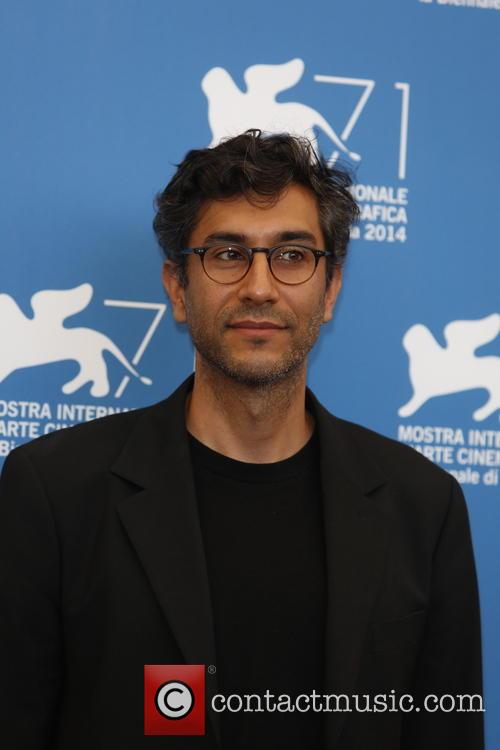 'At Any Price' Could Be Zac Efron's Best Movie Yet (Trailer)

At Any Price appears to continue Ramin Bahrani's strong run of movie form.

Ok, so we'll admit we probably weren't expecting much before seeing the trailer for 'At Any Price,' starring Zac Efron and Dennis Quaid. Essentially, Efron plays an aspiring professional car racer who looks to escape the shackles of his home-life in Iowa - sounds pretty standard fare right? Though dig a little deeper - watch the trailer for one - and there's more than meets the eye here.

Quaid plays Henry Whipple,  a respected farmer who looks to expand his three generation-old farming land. However, when his favorite son Grant flies the coop as a football star, he does his best to push his youngest son Dean (Efron) into the family business. Things don't go to plan and Dean has other things on his mind, principally reaching the racing heights of NASCAR after impressing on the local circuit. Meanwhile, Henry is investigated by GMO corn company Liberty Seeds and his whole career hangs in the balance. Billed as an "immersing family drama," the movie appears to feature some pretty fine performances - especially from Quaid - and the project seems to have been in good hands. Firstly, it's directed and co-produced by Ramin Bahrani, the man behind the exceptional Chop Shop and a filmmaker dubbed "the director of the decade" by critic Roger Ebert, who sadly passed away this week. In one of the final reviews, Ebert said of At Any Price, "This is a brave, layered film that challenges the wisdom of victory at any price."

Continue reading: 'At Any Price' Could Be Zac Efron's Best Movie Yet (Trailer)

Henry Whipple is a highly respected farmer in the world of agriculture and thinks of little else other than expanding his three generation old farming land in Iowa. After watching his favourite son Grant fly the nest as a football star, he does his best to push his youngest son Dean into the family business, understanding that the empire will be lost if he doesn't take on the responsibility. However, Dean has other things on his mind; he wants to be a professional car racer and is already a champion on his local circuit. He is determined to prove his sceptical father wrong by reaching the racing heights of ARCA and NASCAR. Henry, meanwhile, faces big business troubles when his farm is investigated by GMO corn company Liberty Seeds; his whole career hangs in the balance, but he must learn that if he doesn't change the way he is, it won't be the only thing he loses.

Zac Efron And Heather Graham Star In At Any Price (Video)

Zac Efron and Heather Graham star in At Any Price, the story of a farming family facing unexpected pressures, which in turn, puts a strain on the relationship between father and son. the son is played by Zac Efron – best known for his role in High School Musical but now carving out a more serious acting path. The father and mother of the farming family are played by Dennis Quaid and Kim Dickens respectively.

Watch the clip from At Any Price

Continue reading: Zac Efron And Heather Graham Star In At Any Price (Video)