By Jordan Dowling in Music Reviews on 19 September 2014

The Sabotage Club in Lisboa has all the trappings of the typical toilet circuit venue, if you were to disregard a decade or two. Stepping inside you are immediately bearhugged by that old familiar stench of cigarettes and sweat, and it will take you a few seconds to re-adjust to the hushed lighting that makes a trip to the bathroom rather treacherous (please note - despite the potential for a sprained ankle or a broken foot arising from a single step that must be navigated to reach the toilets in near pitch-black, the toilets themselves are in a much better condition than many of those hosted in comparable British locations, which seem to use the gimmick of 'character' to excuse unpainted breeding grounds for E. coli and staphylococcus). 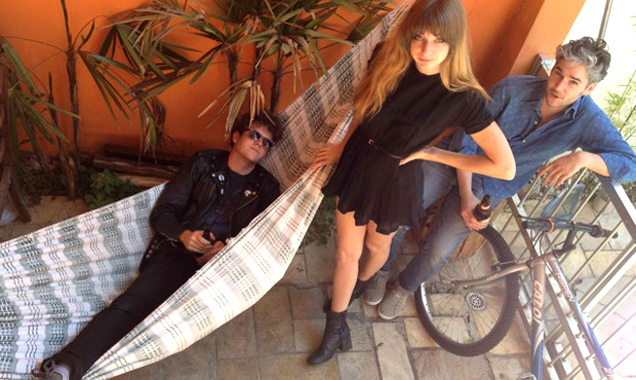 The Cais De Sodre once had the reputation of being one of Lisboa's seediest neighbourhoods before gentrification made it one of its most hip. Though, there's still echoes of its former standing as the city's red light district with workers milling outside the bars that have yet to be completely neutralised by affluent students and tourists (take, for example, Bar Liverpool on Rua Nova do Carvalho which serves a lethal, and generous, shot of Absinthe & Prosecco for only 2 euros and has an enormous selection of awful sixties-eighties pop from around the Western hemisphere). Situated in the middle of this neighbourhood is the 160-capacity venue; typically a haunt for local rock bands, but also the perfect host for a night of Atlantic Ocean-straddling psych-rock, one that was set up as a 'warm-up' show for the Reverence festival held in Valada, if a warm-up was needed in such a climate.

The Telescopes; who are now made up of founding member Stephen Lawrie and London space-rockers One Unique Signal (joined for the tour by occasional 'Scopes drummer John Lynch); unleash a fearsome maelstrom of fuzz that is almost entirely organic, whilst having none of the smugness and studiousness that one may typically associate with 'improv'. Those of the fifty-strong crowd who know the band from their earlier full-lengths may be taken aback by the lack of a focal point to their set, but the intensity and sheer volume of their performance is what carries it. 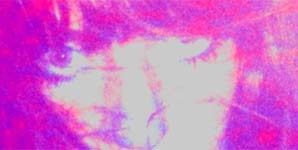 Having recently bagged themselves the opening slot on the Smashing Pumpkins upcoming UK and European tours, Ringo Deathstarr are clearly starting to make waves in the alternative world. This EP comes as something of a stop-gap between Colour Trip, their debut album which came out last February, and its follow up, which is expected at some point early next year. It offers more of the same Ringo Deathstarr sound you've come to know since My Bloody Valentine and The Jesus and Mary Chain started playing it all those years ago.

Snide, unfair remarks aside, what is on offer here is actually pretty good, as was the case with Colour Trip, and the compilation of early singles they released in July; Sparkler. The title track - Shadow - Is a madcap 4 minutes of off the wall guitars put to an almost hypnotic rhythm, with whispered female backing vocals creating such a cacophony which is in equal parts soothing and headache inducing, which is quite a wonder. New Way is a sub-2 minute thumper following a similar formula, with the wall of guitar and feedback constantly building, but never quite exploding until the songs final 15 seconds.

The second half of the EP is leans much more heavily on the bands more stoned, hypnotic sound, as Prisms drifts out of your speakers under layers of delay. Completing the collection is Just You, another delay heavy number which slowly builds into a wistful, dreamy pop song.

In short, on this evidence, the reformed Pumpkins need to be on absolute top form if they do not want these young guns to make fools of them on this tour. Ringo Deathstarr are brilliant at what they do.

Following the release of their debut album Colour Trip last February, the awkwardly named Ringo Deathstarr have compiled their early releases into one handy set, available on vinyl or digital download. Everything from the band name to the method of release smacks of a more-hipster-than-you snottiness, but what is on offer here is actually quite good. 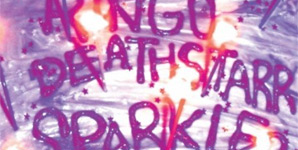