‘Ruby Blue’ is as fresh, inventive and downright exciting as anything Roisin Murphy has ever put her name to, even by the extraordinary standards of her chameleon-like career with Moloko. Fresher still, perhaps. Different too. And surprising…even to Roisin herself.

“I haven’t really a clue what I’ve made,” she says, laughing but earnest. You can see what she means. ‘Ruby Blue’ is an odd – though ultimately hugely triumphant - pop record. Crammed with wild flights of fancy and costumed in the contents of the dressing up basket, its signature could be, ‘possibility’, or maybe, ‘freedom’.

Throughout the 12 songs, Roisin and collaborator/producer Matthew Herbert explore wherever the mood may take them:

“The first day I worked with Herbert he asked me to bring in an object. I brought in my notebook thinking we could use it for ideas, but instead he said ‘Go over and bang it on that microphone’. And that’s how we went on,” says Roisin.

“Every sound we made excited me, because there was nothing coming from synthesizers,” she says. “But it was really shocking to me as well, and I went home at the end of the first day thinking I couldn’t live up to it, but then by the end of the second day we had ‘If We’re In Love’, and it really began to flow out of both of us.”

Herbert had previously remixed tracks for Moloko, but ‘Ruby Blue’ itself was the result of nothing more than a casual try-out that went very right. For her part, Roisin was immediately flushed with the enthusiasm of being so intimately involved in every stage of a song’s genesis.

“This is the easiest music I’ve ever made, and so enjoyable, especially after coming from such a specific place” she says. “It was good to have no direction or agenda. Just to bang a super-shiny steel helmet [as on ‘Night of the Dancing Flame’], make a noise, sample it up, turn it inside out and end up with a tune. There was no mood, purely how the sample fell, and the rest fitted into place somehow.”

Roisin had recently arrived to live in London and says she had few other distractions in her life. “Believe me, there were tumbleweeds going through my flat. So I’d go home and write on my 4-track, sitting there, smoking, eating, drinking and sleeping this record. It forced me to do the record quickly and naturally.”

Matthew Herbert: “Having worked with Moloko from as early as 1996 Roisin's voice had become a familiar friend. I had always loved the ease with which it sat in the textures of the sounds I work with. To work on her solo record struck me as the perfect place to try and mix proper musical charisma with noises not often heard on the radio.”

Throughout ‘Ruby Blue’, Roisin finds voices of seductive grace, growling power and heartbreaking tenderness, each always in full service of the song:

“Matthew taught me different ways of building up my vocals.” she says. “We’d work on details of harmonies until we got it right. I’d never heard my voice that way before. A lot of the time there are hardly any effects on my voice at all; all really dry and un-processed . The sounds went through very few machines and were often first takes. I’d be in the room with Matthew with no headphones, so you get the sound of the room there in the take.”

This process creates a fantastic ambience in the recordings, and means, says Roisin, that they are not about manipulation, but purely about sonics.

‘Ruby Blue’ is sumptuously packaged in the artwork of painter Simon Henwood, who has meticulously captured Roisin in a series of large canvases, which made up the sleeves, not only of the album, but also the three EPs (‘Sequins 1 – 3’) leading up to the album’s release. His work of Roisin (Devendra Banhart and others) is on display in London’s Hospital until June 10.

The moods and atmospheres conjured up by listening to ‘Ruby Blue’ may be off-kilter in pop terms, but ‘Ruby Blue’ is not at the end of the day, an experimental record. It is an experimental pop record, with fantastic and memorable tunes, which happens to employ a whole other box of toys with which to make the music.

“I have never given a record company the record they expected, or even known where the “market” was. I respond to music as a dancer rather than an analyst. And this is music I essentially understand and respond to.”

To these ears it reminds me of a line from the otherwise irrelevant ‘Hang On To Yourself’ by David Bowie from ‘Ziggy Stardust & The Spiders From Mars’: “We just ball and play / But then we move like tigers on Vaseline”. That’s the sound of ‘Ruby Blue’…

‘Ruby Blue’:- Leaving the City, Sinking Feeling, Night of the Dancing Flame, Through Time, Sow into You, Dear Diary, If We’re in Love, Ramalama (Bang Bang), Ruby Blue, Off On it, Prelude to Love in the Making, The Closing of the Doors.

Róisín Murphy - You Know Me... 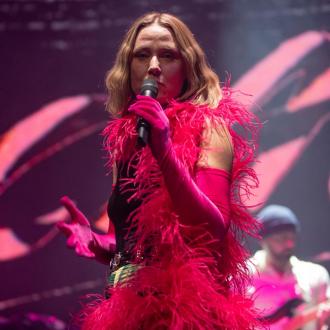 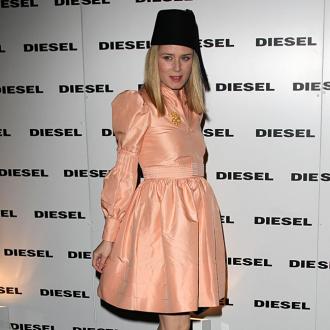 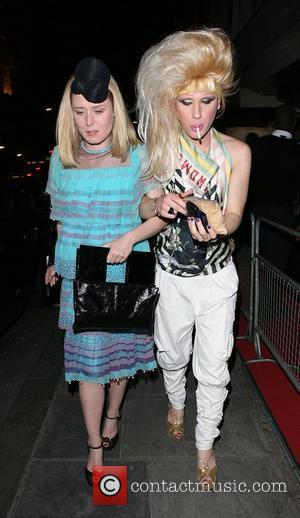