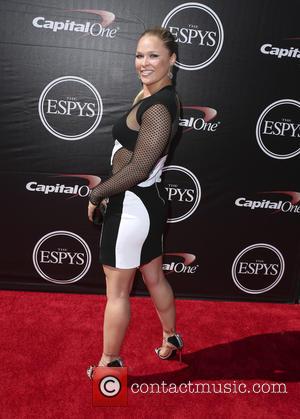 Rousey will step into the role originated by Swayze and portray a bouncer hired to clean up a rowdy bar in Missouri.

Moviemakers at MGM are currently searching for a screenwriter to pen the script and they are planning to begin production next year (16).

According to Variety.com, Rousey reached out to Swayze's widow, Lisa Niemi, to ask for her blessing before accepting the role.

He tells TMZ.com, "Adding Ronda is a great idea. You don't want to try to rebuild Patrick Swayze. He was a unique talent and can't be duplicated. Ronda knows it's not going to be easy. Fans of the original might question her, but we all know she will do great."

And Rousey can't wait to get started, stating, "It is a great honour to play a part in celebrating the life of a man that inspired so many. I couldn't be more grateful to have this opportunity to pay respect to the beloved Patrick Swayze. I promise to work incessantly to make sure this project is a tribute his family and fans."