The first wave of acts nominated for the Grammys 2015 have been announced, with Sam Smith, Taylor Swift and Iggy Azalea being among artists up for prizes. 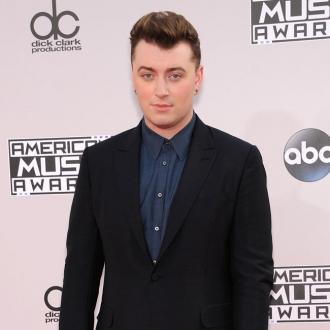 Sam Smith, Taylor Swift and Iggy Azalea are among artists nominated for next year's Grammy Awards.

The three acts are up for the coveted Record of the Year category alongside Sia for 'Chandelier' and Meghan Trainor with 'All About That Bass', while acts including Coldplay and Miley Cyrus have also been nominated in the first wave of categories announced today (05.12.14).

Speaking on Thursday (04.12.14) about the prospect of being nominated for any award, Sam told Billboard.com: ''The Grammy to me is everything, and it's something that I've dreamed of from a very, very young age. I lose my sense of humour when people start talking about it, because it's something that I really don't take very lightly. So anything that happens ... If I get to attend again, I'll be happy.''

The 22-year-old musician has also been shortlisted for the Pop Solo Performance for 'Stay With Me' and he will compete against John Legend, Sia, Taylor Swift and Pharrell Williams for the honour.

Sam is also in contention for the Pop Vocal Album gong for his debut LP 'In the Lonely Hour' and is up against Coldplay's 'Ghost Stories', Miley Cyrus' 'Bangerz', Ariana Grande LP 'My Everything', Katy Perry's global hit album 'Prism' and Ed Sheeran's 'x'.

Following the announcement, Ed thanked fans on Twitter for their support.

The 23-year-old songwriter wrote: ''Grammy nom and my album multiply has sold 3 million worldwide as of this morning. Good start to the day, thanks for all the support and love (sic)''

Beyonce and Chris Brown are among acts up for the Urban Contemporary Album, with the latest round of announcements also including nominees for the Country Album category which includes Miranda Lambert's 'Platinum' and the Eric Church record 'The Outsiders'.

Winners of all 83 Grammy categories will be revealed at the 57th edition of the ceremony in Los Angeles on Sunday February 8 2015.

Record of the Year

Taylor Swift - 'Shake It Off'

Meghan Trainor - 'All About That Bass'

Ariana Grande - 'My Everything'

Sam Smith - 'In the Lonely Hour'

Taylor Swift - 'Shake It Off'