British Actor Sean Bean Has Dropped Out Of An Upcoming Film About Roman Ruler Julius Caesar Due To Scheduling Conflicts. 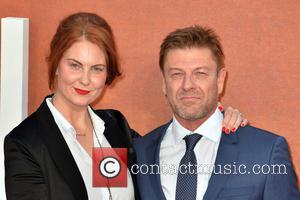 The Lord of the Rings star had signed on to portray the historic character in a new film adaptation of William Shakespeare's play Julius Caesar, but he has now pulled out.

A spokesman for the movie has joked that Sean exited the project because he is fed up of 'dying' onscreen, and does not want to add to his grand total of 25 film and TV deaths by playing Caesar, who was stabbed 23 times.

"Sean was going to play Caesar but he's not now," the representative tells Britain's Daily Mail newspaper. "It was largely due to scheduling conflicts, but also I think he's just had enough of being killed for one lifetime."

Sean's notable onscreen deaths include plunging from a satellite dish in 1996 James Bond movie GoldenEye and having his head chopped off as Ned Stark in Game of Thrones.

His character Boromir also suffered a slow, painful demise in The Lord of the Rings: The Fellowship of the Ring after being riddled with arrows.

His other onscreen deaths have included being driven off a cliff by a herd of stampeding cows in The Field, being buried alive in Don't Say A Word, and pulled apart by horses in Black Death.

"There (was) a period when I was getting killed off all time," he previously told Empire of his onscreen death toll. "I'd look at the script to see what page I got killed on. It'd be 'Page 83? Not bad...'"