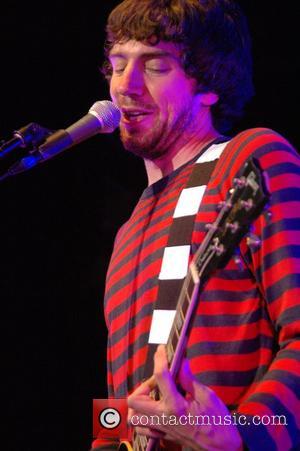 Northern Irish band Snow Patrol have been forced to cancel some of their European tour dates after bassist PAUL WILSON injured his left arm and shoulder this week (begs23OCT06). The RUN hitmakers, who were in the middle of the French leg of their European tour, were scheduled to play four more dates in the country before performing at a further two shows in Germany. However, Wilson has been advised by doctors to take a month off touring to recover. His injuries are the latest setback for the rockers. They were forced to cancel their US tour earlier this year (06) when frontman Gary Lightbody suffered a severe throat infection. Lightbody says, "It seems our run of bad luck healthwise continues. This means we have to pull out of the European tour. "Paul is gutted and he was keen not to cancel anything. However, his injury is serious and if not dealt with now, could land him in dangerous territory in the future. "He feels terrible about it though, but we'd rather he didn't lose the use of his arm." The group are adamant they will be ready for their UK tour dates later next month (NOV06).