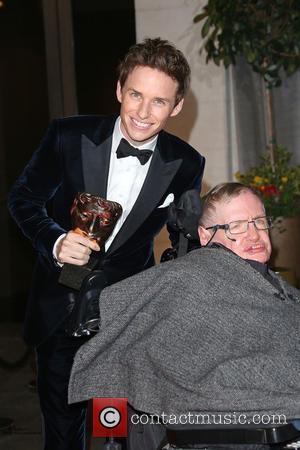 Picture: Stephen Hawking and Eddie Redmayne - A variety of stars were photographed at the EE British Academy of Film and Television Awards 2015 Official After...

The scientist, who was portrayed by Eddie Redmayne in acclaimed film The Theory of Everything, was due to make a speech at the fabled music event in Somerset, England on Friday (26Jun15), but he pulled out at the last minute.

A spokesperson for Hawking tells Telegraph.co.uk the decision to scrap the appearance was made for "personal reasons".

Other non-music events at this year's (15) festival include a talk by Welsh singer Charlotte Church and Russian punk rockers-turned-activists Pussy Riot, which took place on Friday morning, and a planned appearance by the Dalai Lama on Sunday (28Jun15).