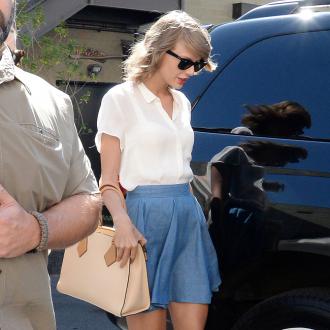 The 25-year-old singer, who previously dated Harry Styles, John Mayer, Jake Gyllenhaal and is currently in a relationship with Calvin Harris, thinks the comediennes were being ''rude'' when they joked about her being a serial dater while presenting the 2013 Golden Globes, but admits they inspired her to write her hit 'Blank Space'.

She said: ''You know, you're sitting at an awards show, and you know there's gonna be a joke about you being a serial dater in the monologue, and you're just sitting there like, I'm 22, and this is rude. But instead of writing a song like, 'It's so rude, stop picking on me,' I kind of sat back and thought about how complex this character was that they'd drawn up for me. And I just thought, 'This is amazing.' I need to write a song from this girl's perspective. If you want to play this way, we can play this way, and I just decided to be her for one song.''

The 'Wildest Dreams' singer was bitterly disappointed when her last album 'Red' lost out on the Album of the Year prize to Daft Punk's 'Random Access Memories' at last year's Grammy Awards and consoled herself with junk food.

She told Grammy Pro: ''I remember not going to after-parties. I went home and I cried a little bit, and I got In-N-Out Burger and ate a lot.''