Taylor Swift ''doesn't necessarily care'' who people think her songs are about and is proud that she never reveals who has inspired her writing. 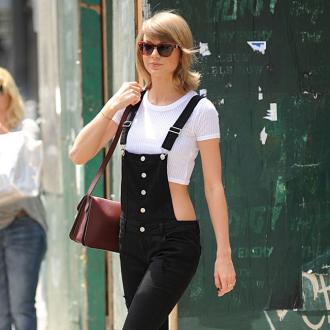 Taylor Swift ''doesn't necessarily care'' who people think her songs are about.

The 25-year-old singer's track 'Bad Blood' was widely believed to have been written about Katy Perry after Taylor explained in an interview it was about a fellow singer who had stolen her tour dancers but she insists she was just trying to divert attention and stop people assuming it was about one of her former lovers.

She said: ''You're in a Rolling Stone interview, and the writer says, 'Who is that song about? That sounds like a really intense moment from your life.'

''And you sit there, and you know you're on good terms with your ex-boyfriend, and you don't want him--or his family--to think you're firing shots at him. So you say, 'That was about losing a friend.' And that's basically all you say.

''But then people cryptically tweet about what you meant. I never said anything that would point a finger in the specific direction of one specific person, and I can sleep at night knowing that.

''I knew the song would be assigned to a person, and the easiest mark was someone who I didn't want to be labelled with this song. It was not a song about heartbreak. It was about the loss of friendship.

''They would have [thought it was about a guy]. So I don't necessarily care who people think it's about. I just needed to divert them away from the easiest target. Listen to the song. It doesn't point to any one person or any one situation.''

And the 'Shake It Off' hitmaker - who is dating Calvin Harris and previously romanced stars including Harry Styles, Taylor Lautner and Jake Gyllenhaal - takes pride in having some ''power'' because she won't reveal the people who inspire specific songs.