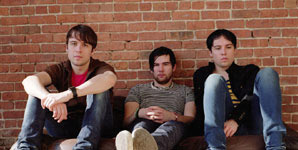 The Cribs
I'm A Realist' / 'Bastards Of Young'
Video

Check out the video for The Cribs latest single, Im A Realist released on February 25th 2008 through Wichita Records. Last week the band reported that the legendary Johnny Marr will be recording and working very closely with them, so far the band have recorded 5 tracks and there's more to come!

Following the release of their last album 'Men's Needs, Woman's Needs, Whatever' The Cribs finished 2007 off on a high note with 3 dates at our very own Brudenell Social Club in Leeds. Each night, they were joined on stage by some very special guests including: Franz Ferdinand, Kaiser Chiefs and Kate Nash.

The Cribs head off on their headline slot on this year's NME Awards tour which kicks off in Ireland on 29th January. Due to phenomenal demand, the band has added an extra Leeds show on February 9th and shows in Glasgow, Newcastle, Manchester and Liverpool are already SOLD OUT. Following the tour the band appear at the NME Big Gig with Manic Street Preachers, Kaiser Chiefs, Klaxons and Bloc Party.

The Cribs - Im A Realist 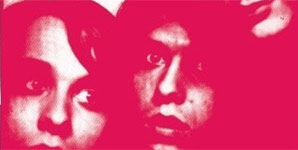 The Cribs - Don't You Wanna Be Relevant?