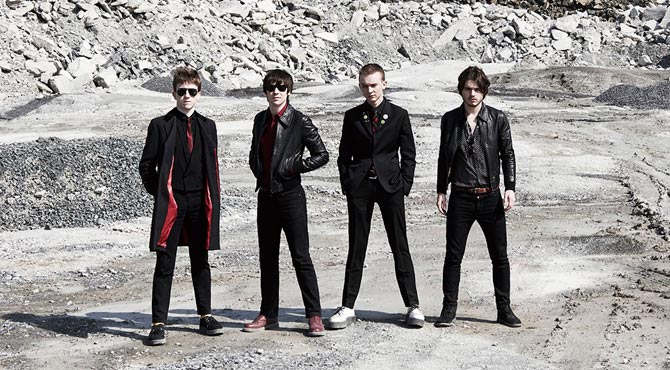 The Strypes released their second album 'Little Victories' in August this year. Applauded by the likes of Paul Weller, Wilko Johnson and Roger Daltrey and appearing at Glastonbury, SXSW, Rock am Ring to name but a few, the guys have an amassed an impressive resume in a relatively short period. They have been on tour since early 2015 and we managed to catch up with them in Hamburg for the their final date in Germany.

Contactmusic: How has it been performing in Germany?
Peter O'Hanlon: Berlin was great, crazy, the night before in Cologne was fantastic as well. Hamburg was our last concert in Germany then we move on to Amsterdam, Brussels then France. It's been great.

CM: How do you find Europeans? Is there a difference in comparison to UK or Irish audiences?
PO: Yeah, I think there definitely is. I mean the crowds in Germany we have played to, they seem more there for the music, they're more attentive. I think they kind of appreciate the music more. They're great though, we haven't played Europe enough I don't think. The last time we were in Europe was at this venue last year.  We're glad to be back.

By Louise Mawson in Music Reviews on 11 August 2015

The Strypes burst onto the music scene in 2013, all sharp suits and sunglasses, touting their very own brand of blues rock. With the youngest member of the band aged just 15 at the time, they took music fans by surprise with just how skilled they were. Not only did they release their debut album that year, but they also went on to support the Arctic Monkeys on the European leg of their tour. They were very quickly and very suddenly thrown into huge arenas, and despite their baby faces, they held their own and won themselves a strong fan base. 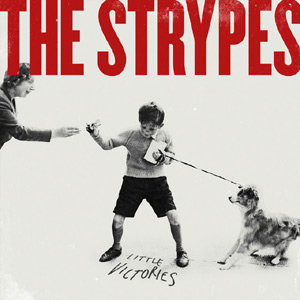 Now they're back with that 'tricky' second album, 'Little Victories'. But it doesn't sound difficult at all; in fact, it bursts with confidence and maturity beyond their teenage years. Their cockiness has grown ever greater and they are all the better for it. Taking inspiration from the likes of the Arctic Monkeys, Miles Kane and Jake Bugg, the songs are big and confident. 'I Need To Be Your Only' has a real driving guitar, reminiscent of Wolfmother's 'Woman', and in truth should've been the album opener. 'A Good Night's Sleep & Cab Fare Home' is fun and cheeky, a good example of the band not taking themselves seriously.

The two real stand-out tracks on the album are '(I Wanna Be Your) Everyday' and 'Cruel Brunette'. The former shows them channelling Alex Turner; it's a mature love song that adds real depth and emotion to the album. 'Cruel Brunette' is certain to become a crowd favourite, with its fast-paced and very British-sounding 60s rock feel. 'Status Update' is another highlight, with a powerful harmonica and driving guitar solos; it perfectly embodies the band's take on blues rock.

The Strypes - Hard To Say No Single Review

By Max Cussons in Music Reviews on 13 February 2014

Every now and again, one comes across a band with the ability to reach far beyond their musical horizons; an ability that allows them to shock, without actually doing something that's never been done before. The Strypes are a young Irish band eager to separate themselves from the array of generic indie/rock outfits filling up the alternative charts and aim to re-create that classic rock 'n' roll sound that united teenagers in the 60s. 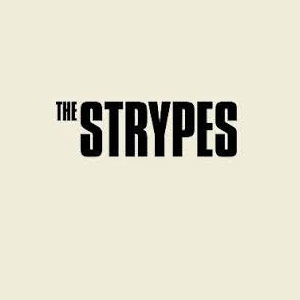 'Hard To Say No' is the new single from their upcoming EP '4 Track Mind' and, if it's the first thing you ever hear of The Strypes, you'll no doubt assume it was composed by a group of men with immense musical experience - but amazingly, these guys range from just 16 to 18 years old (which makes their Willie Dixon cover of 'You Can't Judge a Book by the Cover' very appropriate indeed).

'Hard To Say No' has all the raw texture and whimsy of any 60s hit, with singer Ross Farrelly growling out something about finding it "So hard to say no to a girl." against the driving basslines and fever-rousing drum beat. The most mind-blowing, round-of-applause moment though is the mid-song guitar solo courtesy of Josh McClorey. It's liberating to see a guitar utilised in such a daring manner these days - they're not just playing the instruments, they're making them come alive with classic  riffs. Kudos to The Strypes for their rip-roaring attempt, even if they still have a long way to go before they reach rock God status like some of their obvious influences.

Continue reading: The Strypes - Hard To Say No Single Review Elton John Thanks The Joys Of Fatherhood For Inspiring New Album, But Says It's Time To Slow Down

Sir Elton released his 30th solo studio album, 'The Diving Board,' this week, but has decided to finally slow down with his endless touring

Elton John has had a truly remarkable career, one that has lasted more than forty years, seen him break countless records and as he got older, one that has allowed him to settle down and begin a family. In a recent interview with British newspaper The Mirror, Sir Elton discussed his longstanding career, the passion that drives it and why he now feels that it is finally time to settle down and stop his endless touring. Elton is finally ready to slow down

A noted workaholic, it has taken fatherhood and the recent life-threatening fight with appendicitis to convince the 66-year-old to slow down. The singer decided after his recent health scare that his endless touring was slowly killing him and that it was time to reassess his lifestyle and begin spending more time with his partner of 20 years, David Furnish, and their two sons, Zachary, 2, and Elijah, 9 months.

Continue reading: Elton John Thanks The Joys Of Fatherhood For Inspiring New Album, But Says It's Time To Slow Down

Josh McClorey, Ross Farrelly, Pete O'Hanlon and Evan Walsh of Irish rhythm and blues band The Strypes appeared at Leeds Festival 2013 to chat to us about their upcoming debut album 'Snapshot', working with producer Chris Thomas and previously being signed to Elton John's label. 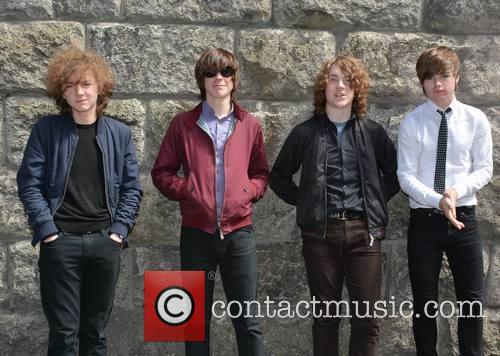 The Strypes - Hard To Say No Single Review

The Strypes - You Can't Judge A Book By The Cover Video