The Wave Pictures: Formation
The Wave Pictures was first formed by Tattersall and Rozycki, though it was first named Blind Summit and also included Hugh Noble before his replacement.
They formed in Wymeswold, Leicestershire.

The Wave Pictures: Musical career
The Wave Pictures unveiled a string of self-released albums before being signed to Moshi Moshi records, their first being 'Just Watch Your Friends Don't Get You'.
Their label debut was 'Sophie', released in 2006, which was followed up by 'Instant Coffee Baby' in 2008 and then 'If You Leave It Alone' the following year.
The subsequently released an album a year until 2014; a year they skipped before releasing 'Great Big Flamingo Burning Moon' in 2015.
Among their many compilation appearances was 'Moshi Moshi Singles Compilation', in which they contributed Bruce Springsteen tribute 'Play Some Pool'.
The band have collaborated with the likes of Darren Hayman of Hefner, French duo Herman Dune, California's Daniel Johnston and New York's Jeffrey Lewis.

By Holly Williams in Music / Festivals on 06 February 2015

Check out their new single 'I Could Hear The Telephone (3 Floors Above Me)'.

Leicestershire trio The Wave Pictures are back with another cracking album entitled 'Great Big Flamingo Burning Moon' out later this month via Moshi Moshi, alongside new single 'I Could Hear The Telephone (3 Floors Above Me)'. The Wave Pictures unveil their 2015 album

The Wave Pictures; who are Jonny Helm, Dave Tattersall and Franic Rozycki; have unveiled a brand new video for the track, which features the band enjoying several cups of tea while going about their business, signing autographs and performing shows. Simply enough, Tattersall explained, 'The Wave Pictures love a nice cup of tea before they rock out on stage' and added, 'The video shows what life on the road is like for one of today's leading popular beat combos. No cats were harmed in the making of this video.'

Having been around for a good fifteen years now, while releasing nigh on thirty records in that time - an average of two for every year of their existence - The Wave Pictures have become something of a national institution. Loved in equal measures by lo-fi purists, anorak wearing C86 revivalists and just about everyone else with a passing interest in curious musical eccentricity, the announcement of a new Wave Pictures record isn't so much greeted by jumps of joy, but more cries of "About bloody time!" 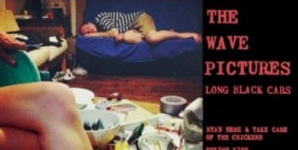 The Wave Pictures, Beer In The Breakers Album Review

The Wave Pictures are a prolific bunch. Beer In The Breakers is the band's eleventh album, not including their Bruce Springsteen tribute album, which featured ten Springsteen covers. Add to that collection a whole host of E.P.s and a single released in collaboration with John Darnielle of The Mountain Goats, and you could pretty much start an entire record store devoted to the works of The Wave Pictures. It would probably go out of business within a few days, but it's possible. 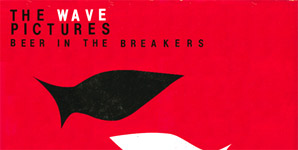 The Wave Pictures, Just Like A Drummer EP Review

By Colin Burrill in Music Reviews on 15 September 2008

Read our EP review for 'Just Like A Drummer' by The Wave Pictures. 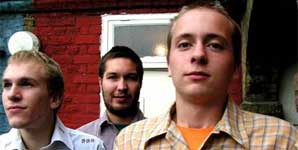