Tom Petty (born 20.10.1950) Tom Petty is an American rock 'n' roll songwriter and singer. He has played in a number of bands, including Tom Petty and the Heartbreakers, Traveling Wilburys and Mudcrutch.

Childhood: Tom Petty was born in Gainesville, Florida, where he attended Gainesville High School. At the age of 10, Petty met the celebrated rock 'n' roll star, Elvis Presley and thus began his love of music. Another defining moment for Petty was watching The Beatles on the Ed Sullivan show. One of Petty's first guitar tutors was Don Felder, later a member of The Eagles.

Musical Career: When his involvement with his early bands (The Epics, The Sundowners and Mudcrutch) had ceased, Petty began working with The Heartbreakers. In 1976, they released their debut album on Shelter Records, titled Tom Petty & the Heartbreakers. The line-up of the band was Ron Blair, Benmont Tench, Stan Lynch and Mike Campbell.

The Heartbreakers' second album, You're Gonna Get It! became their first Top 40 album, whilst its follow-up Damn the Torpedoes went platinum and sold almost two million copies. It was this album that launched their breakthrough tracks, 'Refugee' and 'Don't Do Me Like That.'

In 1981, the band released Hard Promises, which became a Top 10 hit and featured a duet with Stevie Nicks of Fleetwood Mac, entitled 'Insider.'

By the time of The Heartbreakers' fifth studio album, Long After Dark (1982), Ron Blair had left the band and had been replaced by Howie Epstein. They performed at 1985's Live Aid concert in Philadelphia. The band's next album, Southern Accents, launched the Dave Stewart-produced 'Don't Come Around Here No More.' Bob Dylan invited the band to support him on his True Confessions Tour and they also played with The Grateful Dead in 1986-7. In 1987, the band released 'Jammin' Me', which was co-written by Petty and Dylan. It was included on the album Let Me Up (I've Had Enough).

As a solo artist, Tom Petty released Full Moon Fever in 1989. Most of Traveling Wilburys, apart from Bob Dylan, appeared on the album so many fans consider it to be an unofficial Wilburys album. For his next album release, Petty rejoined The Heartbreakers and released Into The Great Wide Open in 1991. The single of the same name featured Faye Dunaway, Johnny Depp and Matt Le Blanc in the video.

Tom Petty signed a secret deal with Warner Bros. in 1989, despite still being signed to MCA. In 1994, Warner Bros. released Wildflowers, with Rick Rubin on production duties. The album sold over three million copies in the USA alone.

Petty's next venture with the Heartbreakers was the soundtrack to She's The One, which starred Cameron Diaz and Jennifer Aniston. Also featured on the album were Lindsey Buckingham (on 'Walls (Circus)', a song entitled 'Change the Locks', written by Lucinda Williams and a cover of Beck's 'Asshole.'

The band joined up with Rubin again to record Echo, which spawned the singles 'Free Girl Now' and 'Room At The Top.'

In 2002, Tom Petty and the Heartbreakers released The Last DJ, which featured a number of attacks on the music industry.

TV Appearances: Tom Petty has appeared as a voice actor in The Simpsons, as well as in his recurring role in King of the Hill as a character named Lucky.

Personal Life: In 1999, Tom Petty and the Heartbreakers were awarded a star upon Hollywood's Walk of Fame.

In 1987, Tom Petty's house was ruined by an arson attack. The basement studio was unharmed.

Tom Petty was married to Jane Benyo for 22 years. They had two daughters together, Adria and Anna Kim.

Wixen has slammed the streaming service with their latest major lawsuit.

Spotify has landed itself a lawsuit of $1.6 billion for allegedly using songs by the likes of Tom Petty and others without a license from the publishers. It's not the first time the streaming service has been in court over licensing and copyright issues, but we hope it will be the last. Those at Wixen Music Publishing, who are responsible for licensing music from the likes of Tom Petty, The Beach Boys, Neil Young and others, have accused Spotify of infringement of the Copyright Act in their failure to obtain all necessary licenses for more than 10,000 songs on their service.

Ezra Koenig has dedicated a show to Tom Petty.

The Vampire Weekend frontman paid tribute to the late music legend, who passed away last week aged 66, by doing his Beats 1 show 'Time Crisis' in his honour, and revealed his favourite song is the star's well known hit 'Free Fallin''.

Speaking about the track, Ezra said: ''He's talking about life being in free fall, it's harsh.''

Bruce Springsteen has been left ''devastated and heartbroken'' after his ''long lost brother'' Tom Petty passed away.

The 'Born To Run' hitmaker has been left ''heartbroken'' after the loss of his pal - who passed away on Monday (02.10.17) aged 66 after having his life support turned off following a cardiac arrest - and admitted he always felt a ''deep kinship'' with his music.

He wrote on Twitter: ''Down here on E Street, we're devastated and heartbroken over the death of Tom Petty. Our hearts go out to his family and bandmates.

Life support was pulled for the singer after fatal cardiac arrest.

The world has lost another musical legend as it's revealed that Tom Petty has passed away at the age of 66 earlier this week following a cardiac arrest. The sad announcement comes just days after he wrapped his latest North American tour with The Heartbreakers. The singer was admitted to hospital on Sunday evening (October 1st 2017) with a cardiac arrest after being found unconscious and not breathing at his Malibu home. Emergency services managed to get a pulse and rushed him to UCLA Santa Monica Hospital where he was immediately placed on a life support machine.

Tom Petty loves nothing more than performing in England.

Tom Petty loves nothing more than performing in England.

The 66-year-old musician - who makes up Petty and The Heartbreakers - is set to headline at the Barclaycard British Summer Time in London's Hyde Park next year, and the star has admitted nothing excites him more than taking to the stage in England because he ''loves'' the country.

He told NME Online: ''Well, we're coming over to England again. Nothing gets us more excited than that. We're so in love with that country. Musically, you can't really be a rock n' roll fan and not realise the debt you owe it.

By Holly Williams in Music / Festivals on 04 November 2016

The 66-year-old musician will close the show as the year's main event.

Tom Petty has been announced as 2017's MusiCares Person Of The Year and will be honoured with an award from the charity at a special gala and tribute concert held at the Los Angeles Convention Center next year. Tom and his band The Heartbreakers will also perform at the event. Tom Petty honoured as 2017's MusiCares Person Of The Year

T Bone Burnett has been revealed as the musical director of the MusiCares tribute concert, which will be in its 27th year come February. Proceeds from ticket sales for the show will go towards benefitting the MusiCares Foundation.

Continue reading: Tom Petty To Be Honoured With All-Star Tribute Concert As 2017's MusiCares Person Of The Year

Tom Petty is spotted out and about in Beverly Hills whilst getting a drink. - Los Angeles, California, United States - Tuesday 28th June 2016 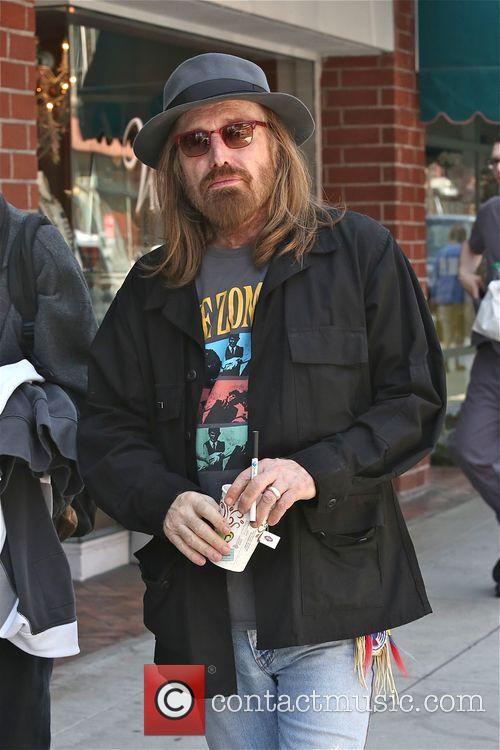 'Uptown Funk!'s Writing Credits Changed To Include The Gap Band

Is this the first signs of the post-'Blurred Lines' legal ruling coming into effect?

The biggest selling single of the year so far has seen a significant change to its writing credits. Mark Ronson’s record-breaking ‘Uptown Funk!’ now includes the writers of The Gap Band’s 1979 hit ‘Oops Up Side Your Head’.

It’s not clear as to how this alteration came about – there have been no court cases or lawsuits in the offing – but five extra names are now included on Ronson’s hit, according to Music Week. They are The Gap Band’s three members Ronnie Wilson, Charles Wilson and Robert Wilson as well as producers Lonnie Simmons and Rudolph Taylor. Mark Ronson has altered the writing credits for 'Uptown Funk!' 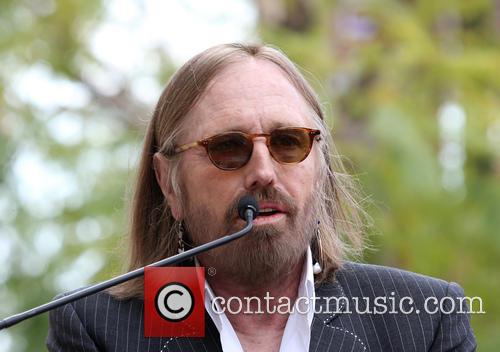 Why Is Sam Smith Paying Tom Petty Royalties For 'Stay With Me'?

Sam Smith's record company settled the matter out of court with Tom Petty and Jeff Lynne.

U.S rocker Tom Petty and ELO's Jeff Lynne have been added as writers of Sam Smith's mega-hit Stay With Me after an out-of-court settlement last October. Both songwriters now hold 12.5 per cent credits each after similarities were discovered between Smith's chart-topping ballad and Petty's chugging rock track I Won't Back Down, co-written with Lynne.

Sam Smith is now listed as a co-writer of Stay With Me, with Tom Petty and Jeff Lynne - who penned I Won't Back Down

Continue reading: Why Is Sam Smith Paying Tom Petty Royalties For 'Stay With Me'? 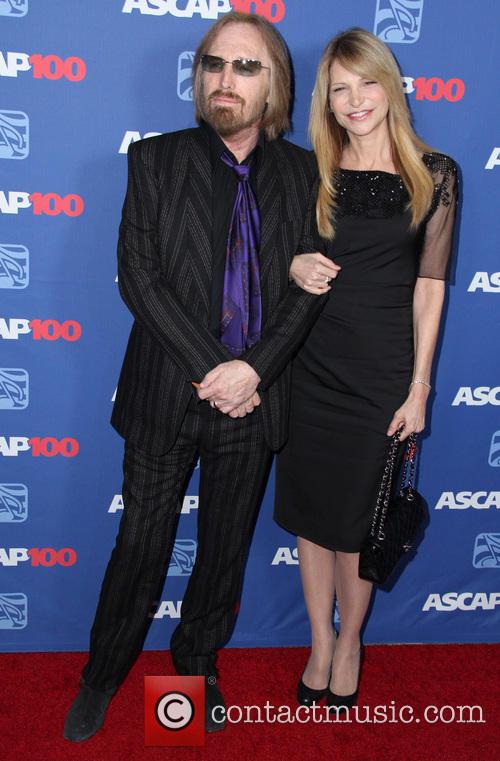 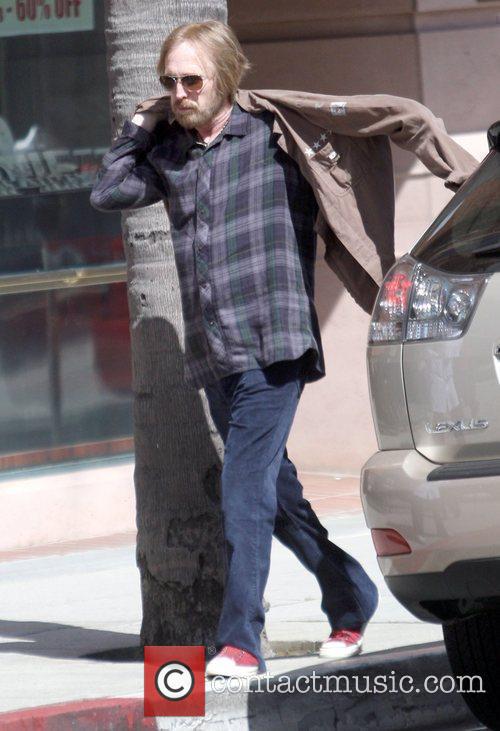 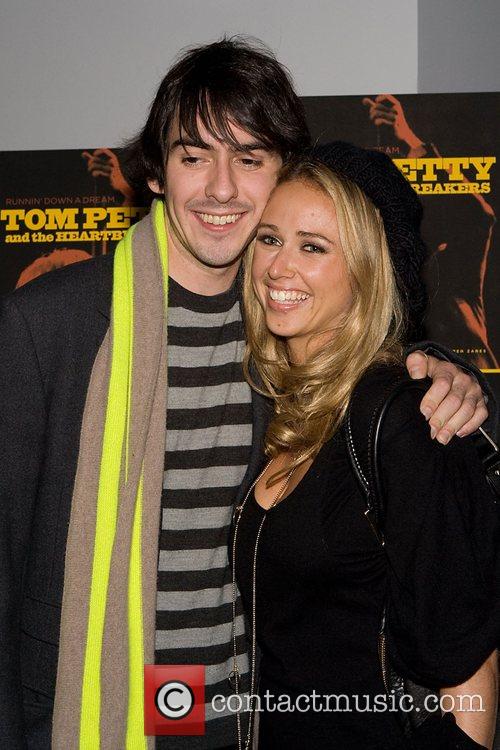 Tom Petty To Be Honoured With Ascap's Founders Award 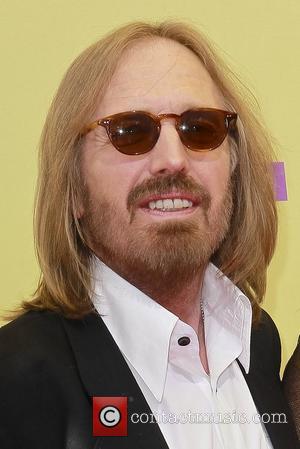 Tom Petty And The Heartbreakers Tour To Hit Intimate Venues

Bonnaroo Festival 2013 Lineup Announced: Our Top 5 Picks Beyond The Headlines 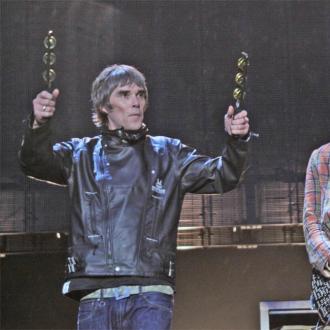 The Stones Roses to headline Isle of Wight Festival 2013 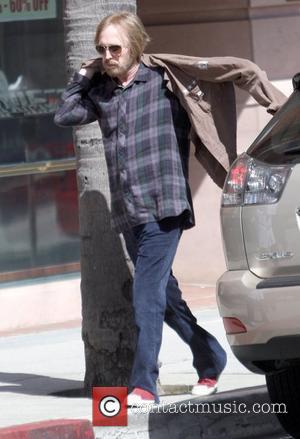