The actor will reprise his role as the Man Of Steel in the show's second season finale.

'Supergirl' has had quite the unique journey on television. First debuting on CBS as their staple superhero series, the show didn't do quite as well in the ratings as the network would have hoped, which led to them leaving the series open for offers following its first season. Fortunately enough, American TV network The CW decided to pick up the series and add it to its impressive slate of Arrowverse shows, which include 'Arrow', 'The Flash' and 'DC's Legends Of Tomorrow'. Now enjoying success throughout its second season's run, fans are continuing to enjoy the adventures of young Kara Danvers aka Supergirl (Melissa Benoist), who proves time and time again that she's more than capable of saving National City from various threats that force her to don her costume and fight crime.

Continue reading: Tyler Hoechlin Will Return To 'Supergirl' As Superman

Kal-El finally gets to catch up with cousin Kara.

It had to happen eventually! We'll finally get to see a new incarnation of Superman for the 'Supergirl' TV series as season 2 arrives on our screens this fall. He'll be portrayed by Tyler Hoechlin, who's best known for playing Derek Hale in 'Teen Wolf'. The first family image of Supergirl and Superman together has been unveiled, and it's also our first glimpse of the new Clark Kent's outfit. It's very similar to Henry Cavill's 'Man Of Steel' suit, though perhaps a little cleaner. It was designed by costume designer Kiersten Ronning, who also did Supergirl's outfit and also happened to work on the set of 'Batman v Superman: Dawn of Justice'.

Continue reading: Get Your First Look At Tyler Hoechlin As Superman In 'Supergirl' Season 2

Everybody Wants Some!! Review

Richard Linklater loosely follows on from two of his most acclaimed films with this lively university comedy set in 1980. It's billed as a "spiritual sequel" to his high school classic Dazed and Confused, which was set in the late 1970s. And it also represents an exploration of the next stage in the life of the central character from Boyhood. But even without those connections, the film is a fresh, funny, involving look at how young people react to that first flush of freedom. It opens as Jake (Glee's Blake Jenner) arrives at his Texas university three days before classes start. He moves into a house with the rest of the baseball team, who immediately start tormenting him as the newbie. The alpha male is the swaggering star player McReynolds (Tyler Hoechlin), usually accompanied by his good-time sidekick Finn (Glen Powell). Over this raucous weekend, Jake navigates the rules of the house, including pranks, macho posturing, initiation rites, excessive alcohol and even a baseball practice session. There are also, of course, a series of colourful parties. And along the way he makes a connection with sexy theatre student Beverly (Zoey Deutch).

The film is packed with memorable characters, and the charming Jake is a terrific entry point for the audience. Jenner plays him as a smart, nice guy who isn't afraid to stand up to both the chucklehead jocks and the idiotic party boys. All of these guys are hilariously entertaining as they jostle for position in the house. The standout is Powell's talkative Finn, who is smarter than he looks. And Wyatt Russell has terrific presence as a woolly stoner with a secret. It's a lot of fun to watch the interaction between these guys, who are all in their late teens or early 20s, flexing their newfound independence by obsessing about drinking, drugs and sex.

Continue reading: Everybody Wants Some!! Review

Dazed and Confused was a cult classic movie and now its director, Richard Linklater writes and directs Everybody Wants Some.

Based in the 80's, Everybody Wants Some follows a set of teens as they start out at college and the inevitable hazing, drinking, parties and girls that all come as part of college. Jake is a fresher who's just moved into his new frat house, charming and attractive he's an instant hit with the ladies however winning the friendship of the older guys in the house won't be as easy.

Having written, produced and directed Dazed & Confused in 1993, Richard Linklater has gone on to direct some of our favourite films including School Of Rock and the 2014 film Boyhood which was filmed in real time intermittently from 2002 to 2013.

Tyler Hoechlin is teaming up with RIchard Linklater.

Regular viewers of Teen Wolf will have woken to the news today that series regular Tyler Hoechlin - who plays the brooding Derek Hale - will not return as a major character when the MTV show returns for season five. Hoechlin, 27, will now focus on his budding film career which includes a role in Richard Linklater's 80's college movie That's What I'm Talking About. "Tyler Hoechlin decided he wanted more time to pursue movies," executive producer Jeff Davis told BuzzFeed News, "We talked and creatively agreed that maybe this was a good season to refocus on the teens of Teen Wolf, and while he won't be a series regular anymore, I can say that you probably won't have seen the last of Derek Hale. We love him and miss him." 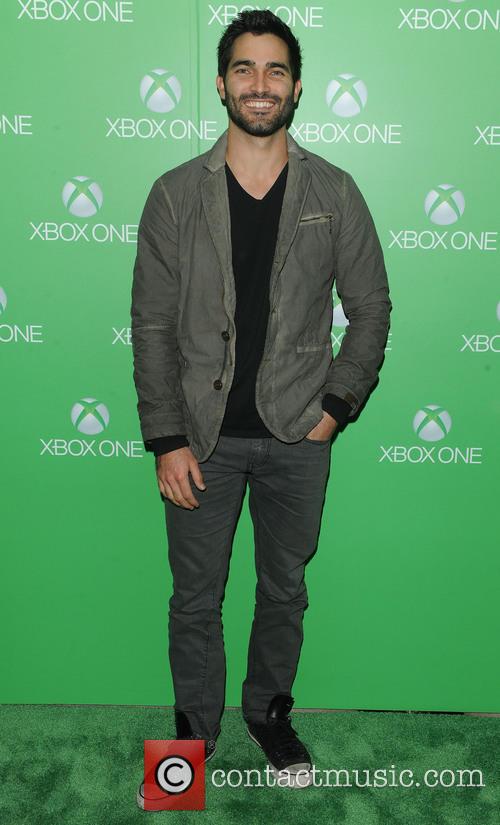 Tyler Hoechlin More Likely To Be Batman Than Ryan Gosling: Here's Why

Despite feverish internet rumors that Ryan Gosling will become the next Batman, it looks like it won't happen.

Ever since Zack Snyder announced a Superman/Batman film in the works at last weekend's Comic-Con, the internet has exploded with rumors; few of which have been about the movie and more about who should replace Christian Bale as Batman in the Man of Steel sequel.

Ryan Gosling's was a name that surfaced quickly and it's easy to see why: Gosling has great stage presence and, as we saw in Drive, the ability to flip from calm to guns blazing in mere seconds. What Culture say that the 32 year-old "perfectly fits this more brutal and tortured Batman, not to mention that he possesses the suave playboy looks to serve as the cover story." So it's a shame really that it's not going to be Ryan. Sorry Gosling Fans, It's Probably Not Going To Be Ryan.

By Joshua Tyler
Essential
Murder is a cold and senseless act. Those who make it their life must by necessity be hard and brutal men. Road to Perdition never flinches away from that, but somehow, in the emotionally empty lives of mafia killers, finds warmth, depth, and soul.